The Income Tax Department on Sunday said it has attached benami assets worth Rs 300-crore bungalow in a posh Delhi locality and USD 40 million funds brought from a Mauritius-based entity in connection with its probe against businessman Ratul Puri. 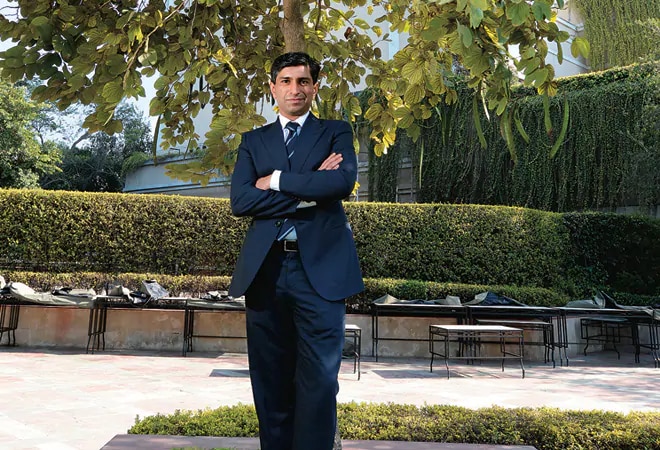 The Income Tax Department on Sunday said it has attached benami assets worth Rs 300-crore bungalow in a posh Delhi locality and USD 40 million funds brought from a Mauritius-based entity in connection with its probe against businessman Ratul Puri, nephew of Madhya Pradesh Chief Minister Kamal Nath, and his father.

It said a provisional order of attachment against Puri's has been issued under section 24(3) of the Prohibition of Benami Property Transactions Act, 1988. The law was lying inoperative and was enforced from November 2016 by the Modi government.

The I-T Department, last month, similarly attached Rs 254 crore worth of "benami" equity of Puri, which he is stated to have allegedly received from a suspect in the AgustaWestland VVIP chopper scam case via shell companies.

Puri, chairman of Hindustan Powerprojects Pvt (HPP) Ltd, is also being probed by the Enforcement Directorate in the Rs 3,600 crore VVIP chopper probe case and the central agency had recently got issued a non-bailable warrant against him from a local court here.

The attached bungalow, in the heart of the Lutyens Zone, is located at 27A, APJ Abdul Kalam Road (formerly Aurangzeb Road), and is registered in the name of Ramaa Advisors Pvt Ltd, a Moser Baer group concern.

"The immovable property at APJ Abdul Kalam Road was purchased utilising a foreign direct investment of USD 3 million from a British Virgin Islands based shell company, Bronson Financial Inc. on a long-term basis for the purpose of software development in 2002," the department said.

It said the probe found that unaccounted funds of promoters were round-tripped through the said shell entity and the recipient company never commenced its business of software development.

"Instead, entire FDI was diverted for acquisition of house for use by promoters Ratul Puri and his family. The market value of this property is estimated to be more than Rs 300 crore," it said.

The second asset to be attached under the latest order is an FDI amount of USD 40 million that was kept in a company, Cobol Technologies Private Limited, and is claimed to have been infused from a Mauritius-based firm, Pangea Emerging Infrastructure Fund Ltd, it said.

Cobol Technologies is owned by Puris, the I-T Department said.

The department alleged its probe found that this fund was a "benami" of Ratul Puri and its shares were held by Rajiv Saxena, a Dubai based operator who is an accused in the AgustaWestland VVIP choppers probe case and was deported to India early this year, and his associates.

"The said fund has also been used to route commissions from defence contracts through a web of shell companies in tax havens," it said.

Benami properties are those in which the real beneficiary is not the one in whose name the property has been purchased.

Violators of the anti-benami law, enacted in 1988 but implemented from November 2016 by the Modi government, attract a rigorous imprisonment of up to seven years and fine of up to 25 per cent of the fair market value of the property.

The act allows for prosecution of the beneficial owner, the benamidar, abettor and the inducer to benami transactions. It also said that the assets are held benami after final prosecution are liable for confiscation by the government without payment of compensation.

The department had conducted raids on Ratul and Deepak Puri's companies and businesses in April this year during which the documents of these alleged illegal transactions were reportedly seized.

It had then said in a statement that a tax evasion of Rs 1,350 crore was detected after raids on Ratul Puri's firm HPP.

The statement issued by the Central Board of Direct Taxation (CBDT) had said the group (HPP) was operating through a maze of shell companies and indulged in bogus billings, over-invoicing of imports and round-tripping of funds.

Emami plans to pare Rs 2,600 crore debt at group level in next 9 months