The self-made women billionaires list is dominated by Chinese women entrepreneurs with a total of 51 entries out of total 89 women in the rich list. 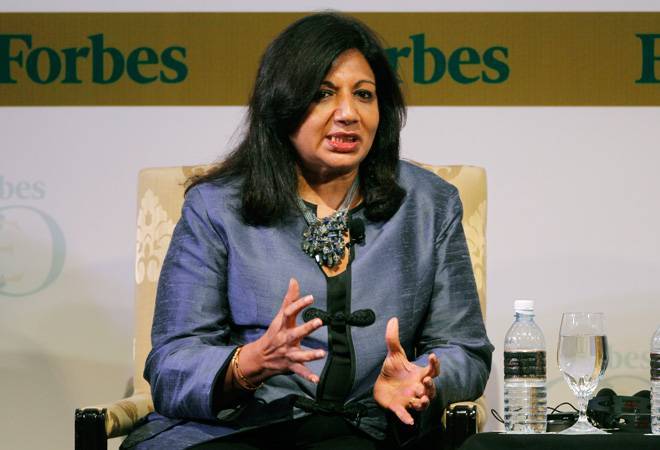 Kiran Mazumdar-Shaw, the founder of biopharmaceutical company Biocon Ltd, has made it to the coveted list of the world's self-made women billionaires. Kiran Mazumdar-Shaw has a net worth of $3.6 billion, says the Hurun report. There was no change in Kiran Mazumdar-Shaw's net worth from the last year. However, the 66-year-old is the only woman entrepreneur from India who could grab a place in the list.

China's 'Property Queen' Wu Yajun, 55, has grabbed the title of the richest self-made woman in the world, on back of 13 per cent rise in her wealth to $9.8 billion. Four out of the five youngest self-made women billionaires are from China. Wu Yajun replaced Zhou Qunfei, founder of Lens and also known as

'Touchscreen Queen', who dropped down 13 places to 14th. She lost 63 per cent of wealth this year to $3.4 billion on the back of share price fall.

As per the report, Beijing, Shenzhen and Shanghai are the top three cities that produced maximum richest self-made women. 'American Roofing Queen' Diane Hendricks, 72, was second with $7.5 billion; her wealth saw a rise of 29 per cent from the last year.