Proceedings before the NCLT will go on but will not culminate into any final order on the amalgamation of Future Retail with Reliance, says the Supreme Court 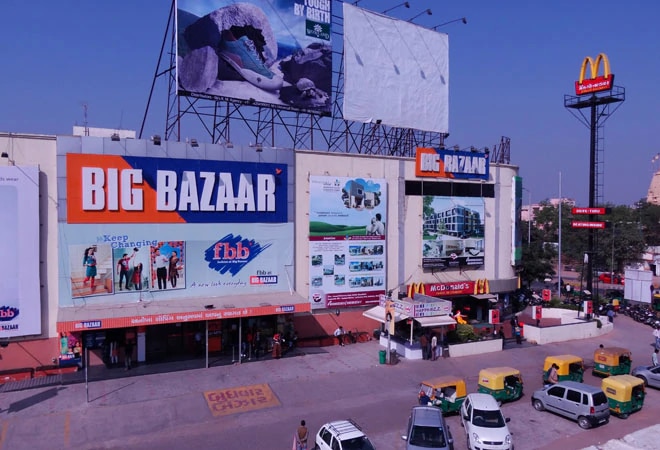 In a blow to Reliance and Future Retail, the Supreme Court on Monday sought responses from the Kishore Biyani-led company and others on e-commerce giant Amazon's plea against the Delhi High Court direction to maintain the "status quo" on the Future-Reliance deal. A bench comprising Justices RF Nariman and BR Gavai issued notices to Future Retail, Kishore Biyani and others, and sought their replies in the next three weeks.

The SC bench said the proceedings before the National Company Law Tribunal (NCLT) will go on, but will not culminate into "any final order on the amalgamation of FRL with Reliance". The SC bench listed the case for hearing after five weeks.

The SC ruling came just a few days after the SC division bench on February 8 stayed the single judge saying FRL was not a party to the share subscription agreement (SSA) between Amazon and Future Coupons Pvt Ltd (FCPL) and the US e-commerce giant was not a party to the deal between FRL and Reliance Retail. Amazon moved the Supreme Court on February 11, challenging the Rs 24,713 crore retail asset sale to Mukesh Ambani-led Reliance Retail Ltd.

As per Amazon, Future violated its contract by signing a retail asset sale agreement with Reliance Industries in 2020. However, Future promoter Kishore Biyani has denied any of this wrongdoing and accused Amazon of playing "dog in a manager" as the multinational e-commerce giant engages in a massive legal battle with FRL.

The Delhi High Court had last month dealt a blow to Amazon by revoking a previous court order on putting a stay on the deal. The court turned down Amazon's request to keep its order in abeyance for a week so that it can explore appropriate remedies. Before that, a single-bench court of Justice JR Midha had blocked Future Group's deal with Reliance Industries after Amazon raised objections, prompting Future to move to a higher court.

What's in a name? BigBasket slaps notice on Daily Basket for use of 'basket' in name