Byju's said the deal is a strategic partnership with AESL, which is a leader in test-prep services. However, the companies did not comment on the financial details of the deal 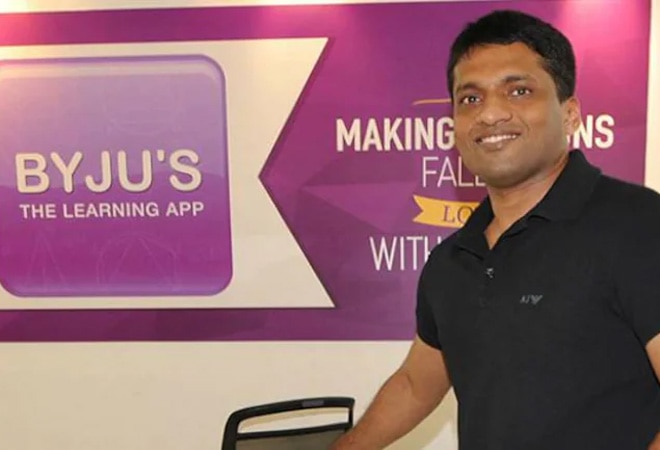 Launched in 2015, Byju's has over 80 million students cumulatively learning from the app, 5.5 million annual paid subscriptions, and an annual renewal rate of 86 per cent

The stock-and-cash deal will fortify the Indian decacorn's presence in the test preparation segment in India. The deal is Byju's biggest acquisition to date in India's burgeoning ed-tech space.

Meanwhile, AESL will operate independently post the acquisition, with founders Aakash Chaudhry and J.C. Chaudhry continuing to steer the company. Byju's said the deal is a strategic partnership with AESL, which is a leader in test-prep services. However, the companies did not comment on the financial details of the deal.

Also Read: How BYJU's pivoted its business model from offline to online

Byju's, which is the most valued ed-tech startup in the country, is backed by marquee investors like Mary Meeker, Yuri Milner, Chan-Zuckerberg Initiative, Tencent, Sequoia Capital, Tiger Global and others. It is estimated to have raised over $2 billion in funding to date.

According to the sources, the ed-tech giant is in talks to raise an additional $600-700 million in funding that will help in further growth acceleration. In the past, Byju's had acquired TutorVista and Edurite (from Pearson in 2017) and Osmo in 2019.

"This will be the largest integration in the education space in India, especially in the startup space...Covid has really opened the gates to online education significantly and going forward, we believe that all kinds of models in education will exist in K-12, test prep and even in higher education," AESL Managing Director Aakash Chaudhry told PTI.

Together with Byju's, AESL will be able to provide students with the education it was providing but at a much larger scale with multiple delivery channels that can be innovated out of both ecosystems (online and offline), he added.

After the integration, Byju's will make further investments to accelerate Aakash's growth, he noted. Chaudhry said AESL will continue to operate as a separate entity and further expand its presence in the country.

"At Aakash, we are looking to transform student experiences by steering innovative and digitally-enabled learning solutions. Together with BYJU'S, we will work towards building an omnichannel learning offering that will accelerate test-prep experience to the next level," he said.

In its over 33 years of existence, AESL has helped millions of students prepare for medical and engineering entrance exams. It has a pan-India network of 215 centres (including franchisees), and a student count of more than 2.5 lakh.

In 2019, private equity firm Blackstone had picked up a 37.5 per cent stake in AESL. While the company hadn't disclosed the financial details, sources had said the Rs 1,350 crore transaction had valued AESL at $500 million (over Rs 3,545 crore).

"Our complementary strengths will enable us to build capabilities, create engaging and personalised learning programmes. The future of learning is hybrid and this union will bring together the best of offline and online learning, as we combine our expertise to create impactful experiences for students," Byju Raveendran, founder and CEO of Byju's, said.

The addition of Aakash is a significant step towards strengthening its product offering, he added. Byju's cited industry reports and said the test preparation and after school tutoring (high school) segment is estimated to be a $7-8 billion opportunity in India and is expected to witness 55-60 per cent growth over the next 4-5 years.

On whether the ed-tech platform will continue to scout for acquisitions, Byju's said the company will look at opportunities that bring in new products and formats, market expansion, and/or distribution opportunities.

Launched in 2015, Byju's has over 80 million students cumulatively learning from the app, 5.5 million annual paid subscriptions, and an annual renewal rate of 86 per cent. During April-September 2020, Byju's added 45 million new students to its platform.