The apex body for direct taxes has sought explanation from BR Balakrishnan, who previously served as the principal chief commissioner of Income Tax for Karnataka and Goa and had ordered attachment of Coffee Day Enterprises shares when he was in-charge of the Bengaluru region 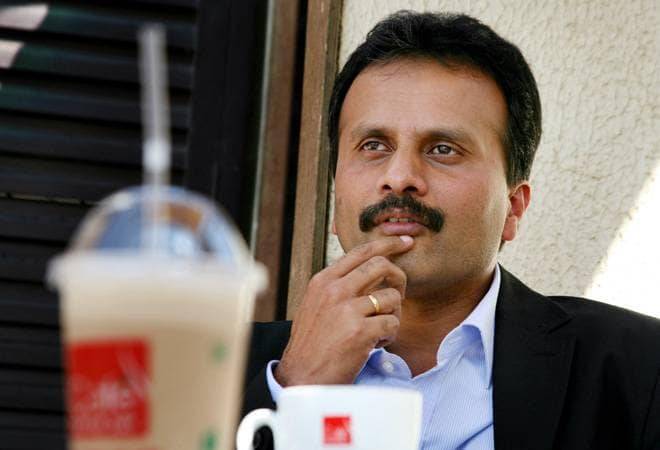 Cafe Coffee Day founder VG Siddhartha's purported suicide note had triggered intense speculation because he had alleged that harassment from the Income Tax department and other extraneous pressures had pushed him to take the extreme step. In fact, he specifically named BR Balakrishnan, the previous Director General-Investigations, Income Tax, Karnataka and Goa Range, in his letter addressed to CCD board members and employees. The Central Board of Direct Taxes (CBDT) has now initiated an inquiry into this allegation.

"There was a lot of harassment from the previous DG Income Tax in the form of attaching our shares on two separate occasions to block our Mindtree deal and then taking position of our Coffee Day shares, although the revised returns have been filed by us. This was very unfair and has led to a serious liquidity crunch," read Siddhartha's letter dated July 27. The CCD founder went missing two days before that, and his body was fished out from the backwaters of Netravati river by local fishermen at the break of dawn on July 31.

Sources told the Business Standard that said the apex body for direct taxes has sought explanation from Balakrishnan, who previously served as the principal chief commissioner of Income Tax for Karnataka and Goa, and had ordered attachment of Coffee Day shares when he was in-charge of the Bengaluru region. They added that all information regarding the allegations is being gathered. Balakrishnan retired last month.

In the wake of the outrage sparked by Siddhartha's letter, especially on social media under 'tax terrorism', the Income Tax Department refuted all charged in a press release dated July 30. The department said the provisional attachment of shares was made by the department to protect the interests of revenue, a norm in cases of large tax evasion. It added the search on a prominent politician's case (DK Shivakumar) had led to credible evidence of concealed transactions by CCD and after search operations on Siddhartha's company and other properties, he had admitted to not revealing unaccounted money of around Rs 480 crore. The department had also pointed out the signature on the letter did not match Siddhartha's as available in his annual reports.

"He [Balakrishnan] is a man who is credited with some successful investigations and known to run quite effective operations," said a senior DG level officer who was earlier in Bengaluru. Explaining the procedure, he said search operations are either conducted by an assistant commissioner or a deputy commissioner level person. The search papers, however, would need authorisation from the Commissioner of Income Tax, while the DG briefs and oversees the processes.

The CBDT has reportedly been pitching for a non-adversarial regime, to maximise revenue collection but with impeccable and friendly conduct by officials. In its annual action plan for 2019-20, the CBDT specified that "taxpayer outreach programme shall be conducted so that every range head conducts interactive sessions to educate taxpayers on specific tax provisions and initiatives taken by the tax department". It added that this is a critically important area for achieving the objectives of a fair and transparent administration and high standards of taxpayer service, which ultimately translates into higher levels of voluntary compliance.

How PerfumeBooth plans to disrupt the business of smelling good