Festive sales no respite for durables firms; recovery a quarter away

With working from home not getting over any time soon and life without domestic help being the new reality, Indian consumers in the past few months have significantly invested in appliances and durables in order to be able to multi-task better 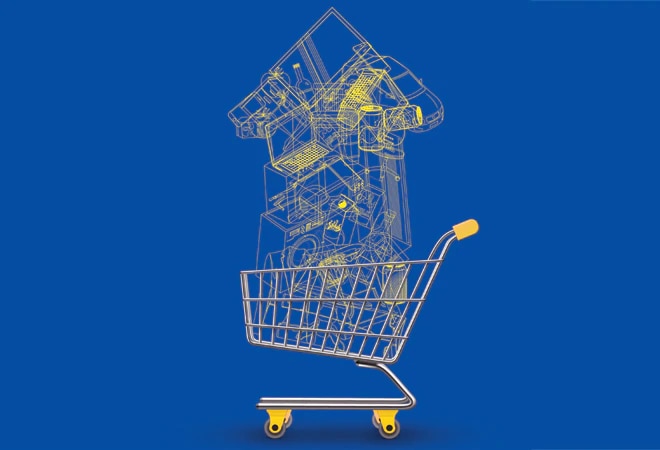 Consumer durable majors are hugely optimistic of a lucrative festival season this year. They are expecting anywhere between a 10-15 per cent surge in sales over last year's festival season. Consumer durable sales have seen an upswing ever since the country embarked upon the 'unlock' phase and the economy opened up. With working from home not getting over any time soon and life without domestic help being the new reality, Indian consumers in the past few months have significantly invested in appliances and durables in order to be able to multi-task better.

While the demand for categories such as microwaves and washing machines in the past few months has increased by 70 per cent and 15 per cent respectively, the demand for refrigerators have increased by 10%. Unlike earlier, when a dishwasher was clearly the prerogative of the rich and the industry sold barely a few of them, the demand for it has hit the roof this year. While the likes of BSH have fallen short of inventory, other durable brands are planning their foray into dishwashers.

However, the consumer durable category isn't really the outlier. Many durable and appliances brands have indeed registered higher growth numbers, but that will not necessarily help them to cover up the losses they incurred during the lockdown months of April-May-June when sales were literally zero.

"The overall industry has seen a high single digit growth in September this year versus last September, however to recover the losses made during the lockdown months, we will need another quarter of high growth," explains Saurabh Baisakhia, President (Appliances), Usha International.

Therefore, growth during this festival season is mandatory for the industry to even get to a like-to-like growth scenario at the end of FY21. "We are expecting the second half of the year to be much better since many consumers postponed their buying plans in the first half," says Kamal Nandi, Business Head, Godrej Appliances.

Life wasn't hunky-dory for durable companies even last year. With the economy already in a slow-growth phase durable and appliance consumption had taken a hit and companies were already going out of their way to woo consumers. Many of them launched lower-priced television panels, washing machines and refrigerators and offered extended EMIs. The EMIs this year have got further extended.

"Last year the focus was on bringing down acquisition price, this year the focus is on savings and flexibility. If a consumer needs an appliance and I as a brand can offer them long-term finance, they will definitely go for it," says Nandi of Godrej Appliances.

Usha International, has launched a new range of food processors, oven-toaster-grillers, cook tops and heaters this season and its approach has been to make it affordably priced considering the current liquidity crisis. It has also increased its in-store visibility so that it catches the eye of the consumer. "Consumers are spending less time at stores and most stores have shortage of manpower, therefore, the product has to speak for itself," says Baisakhia.

The Bharat bounce back story is playing out in the consumer durables space too. Brands across the board are expecting small town India to come to their rescue. The Ajanta-Orpat Group, which has a huge presence in rural and tier 3-4 markets claims to have seen a 30 per cent growth over last fiscal.

"There has been a significant consumption appetite post the lockdown. Earlier, we were not in the consideration space of consumers when they invested in home appliances, but most of the big brands importing products from global markets and imports slowing down, they are not able to meet the demand. This has given us an edge since we are a completely a made in India brand," points out Nevil Patel, Director, Ajanta-Orpat Group.

The durable and appliances brands are also expecting considerable traction from ecommerce. "Lot of product and price discovery is happening in ecommerce marketplaces. Therefore, a lot of our focus has moved on how we position ourselves on these platforms, the content and also ensuring that the price assortment is crisper," explains Usha's Baisakhia.

In fact,  the Ajanta-Orpat Group has made a 100 per cent switch to digital advertising (the company's digital spends earlier was in the region of just 8-10 per cent), with its target consumers increasingly choosing the digital route to shop. "A bulk of our consumers live in smaller towns and the internet penetration there is quite good. Digital is helping us target ROIs far effectively," says Patel of Ajanta-Orpat.

Is the surge in consumer durable demand a temporary blip due to pent up demand? The industry wants to believe that it is more to do with a distinct lifestyle change that has occurred in the past few months which is here to stay.

iPhone 12 way costlier in India than countries like US, Dubai, Singapore; here's why