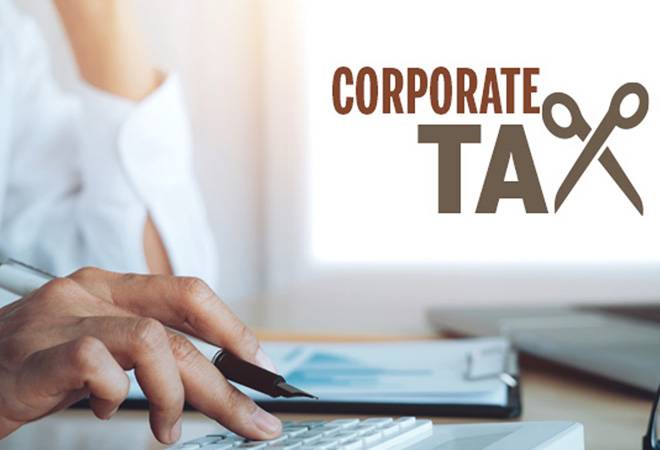 The reduction in corporate tax rate has started showing its impact on the profitability of India Inc. While a lot of companies (almost 30-33 per cent of them) may not avail of the lower tax rate immediately, the second quarter results show many large companies have already shifted to the lower corporate tax regime. 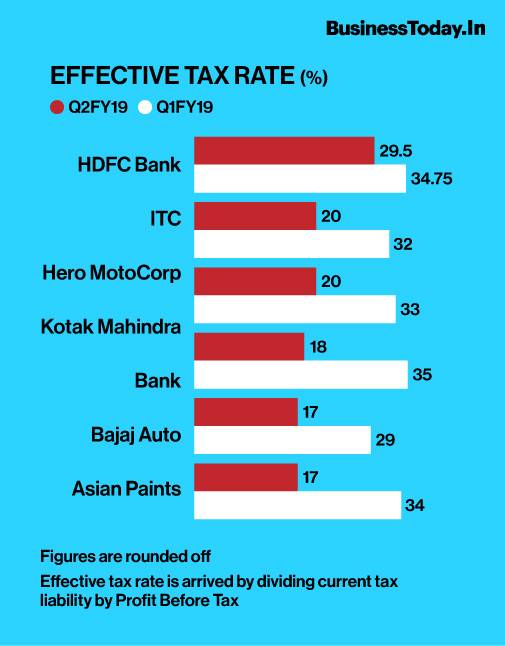 The impact is visible on their profitability. Axis Bank, for example, in a statement said that as the company decided to opt for the lower tax rate, it resulted in a large one-time tax provision. The bank had to restate the deferred tax assets on its balance sheet at the previous higher tax rate. "In Q2, the bank has recognised a one-time tax provision of Rs 2,138 crore in this regard, and with that, we have fully incorporated the historical deferred tax assets restatement required under the new tax structure," it said in the statement.

Because of the one-time tax provision of Rs 2,138 crore, the bank posted a loss of Rs 112 crore. If not for the one-time adjustment of deferred tax asset, the company would have posted a net profit of Rs 2,026, up 157 per cent year-on-year.

A deferred tax asset is an excess tax paid earlier or an advance tax paid, which is later adjusted with the current tax liabilities of a company.

HDFC Bank had a net tax gain of Rs 450 crore in the second quarter. Even though the bank has not clearly stated that it has opted for the lower tax rate, its second quarter results show the effective tax rate has come down from 34.5 per cent a year ago to 29.5 per cent.

Hero MotoCorp, which has also decided to avail of the lower rate, was paying taxes at an effective rate of 33 per cent. In the second quarter, its effective tax rate has dropped to 20 per cent. The company saved as much as Rs 125 crore because of the tax cut.

Similarly, Kotak Mahindra Bank's tax expense in the second quarter almost halved to Rs 376 crore from Rs 721 crore on similar kind of profit before tax (Rs 2,100 crore). This, after they decided to opt for the lower tax rate. In previous quarters, they were paying taxes at as high as 35 per cent. In the second quarter after adjusting for the deferred tax assets, the effective rate at which they paid taxes came out to be around 18 per cent.

It must be mentioned here that the new tax rate applies to companies that do not avail of exemptions or incentives. If they opt for the lower corporate tax rate, they would not be able to avail of MAT credits and carry forward losses.

The companies do not have to avail of the new tax rates immediately. They can do it whenever they want. However, once they choose to shift to the new rate, they cannot go back to the old one.

Piramal Enterprises to raise Rs 5,400 crore in a slowdown-hit economy

L&T Q2FY20 results: 15% jump in revenues thanks to new orders amid slowdown blues