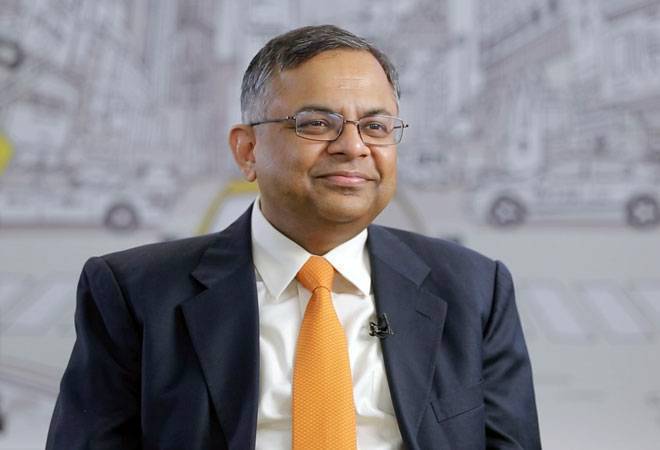 Tata Sons chairman calls for a revolution in technological education

The coronavirus pandemic, which has already brought unprecedented change in the way people live and work, could be a catalyst towards adoption of digital technology which will open health and education to millions, said N Chandrasekaran, Chairman of Tata Sons. He said that every crisis contains within it an opportunity for profound change. This time, the opportunity has come in the form of adoption of digital technology, which could make India a global leader in R&D, science and technology, AI, advanced manufacturing and next generation products and services.

Speaking at a webinar, Tata Sons chairman said that digital solutions can place India at the vanguard of a fourth industrial revolution, while positively impacting 30 million jobs. To do this requires rethinking and redesigning our whole economy, suited to India's specific needs - not just building digital imitations of what we have now, or what we see in other parts of the world, he said.

In a few short months, COVID-19 may provide as much digital acceleration as the many billions of dollars of venture capital invested over the last decade, said Chandrasekaran while speaking at a webinar on "India's opportunities in the decade of 2020s".

The IT industry veteran said that all will count for little unless digitisation occurs where it is needed the most - in public services. He said that I have said it many times that India's two great problems are jobs and access. "Our education and health systems, though often high in quality, do not extend far enough to meet the demands of our huge population," he said.

"This is not to say we haven't made progress. Three decades ago, India had only 794 institutions offering technical qualifications. Today we have over 10,000. Three decades ago, only 40 per cent of our population could read or write. Now it is closer to 75 per cent. We have come a long way. But we have so much further to go," he added.

Calling for a revolution in technological education, he said that there is need to design a new education system, not a virtual replica of the existing one, based on five principles: digital skills; 21st century skills, new-age apprenticeships, lifelong learning, and entrepreneurial thinking.

Chandrasekaran said that the new technology will not only educate more people, but will also lower education costs and make it more affordable. It will also help teachers take pride in their work.

The smart application of technology is key to transforming the other access problem exposed by the pandemic, which is health. "To grant everyone access to basic care, India needs 600,000 more doctors and 2.5 million nurses. They also need to be more evenly distributed. More than 65 per cent of doctors operate in urban areas - where only a third of Indians live," he said.

Chandrasekaran said that the first reaction to these figures would be that there is need for more health infrastructure and manpower, but this problem can be solved by technology. "With the smart application of technology, scarce resources can be extended. Many pre-diagnosis activities currently undertaken by doctors could be turned into a checklist programmed onto a kiosk, a handheld tablet, or even a smartphone. These could be used by someone without a clinical background, but who has received three to four months' training on the technology," he said.

"The freed-up doctor time could be used to conduct virtual consultations with patients in underserved rural areas. The net effect would be to create jobs and increase the supply of medical help. As many as one million new jobs for low-skilled workers could be created and a million more would be suddenly more productive," he added.

The benefits of such measures could lead to increased coverage, better health outcomes and more jobs for less-qualified workers. This could be extended well beyond health, across agriculture, financial services, retail and the justice system as well.