According to the current plans of the government, the initial phase of the vaccination drive is to see 30 crore Indians get vaccinated. 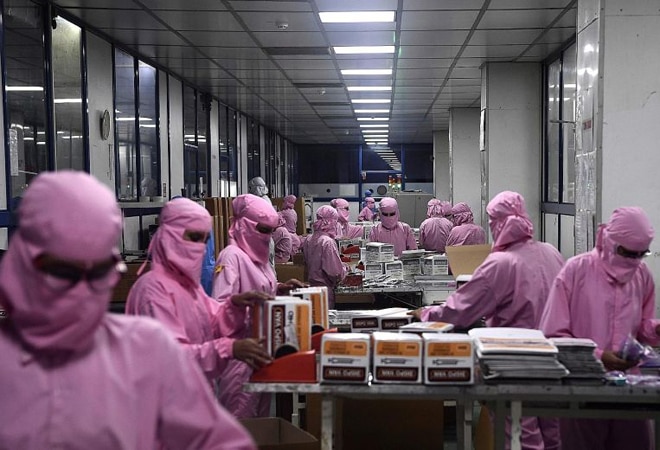 Corporations in India have come out with suggestions pertaining to the vaccination of the Indian population. The companies want the Indian government to approve using corporate social responsibility (CSR) funds for vaccinating their employees. In addition, companies have also sought freedom to choose their own vaccine after regulatory approvals are cleared, believing this would strengthen the public-private partnership in order to expedite the vaccination process.

The recommendation came from FICCI and Ernst & Young (EY), estimating that the current 30 crore (22 per cent of population) individuals included in priority groups for the vaccination drive will be inoculated by August 2021, while another 50 crore will be vaccinated by the end of 2022.  According to the EY-FICCI report, the country is likely to need 1.3-1.4 lakh vaccination centers, about 1 lakh healthcare professionals as inoculators, as well as about 2 lakh volunteers.

The report titled 'Protecting India: Public Private Partnership for vaccinating against COVID-19', also adds that in order to have 1.3-1.4 lakh centres, about 60 per cent of India's existing public healthcare infrastructure will have to be converted into vaccination centres. The same report also mentions how the public sector can potentially provide just about 60,000-70,000 healthcare inoculators, as against the minimum of 1 lakh professionals needed.

According to the current plans of the government, the initial phase of the vaccination drive is to see 30 crore Indians get vaccinated. The said number has been decided upon by the Centre by prioritising healthcare and frontline workers, people over the age of 50, and those with comorbidities.

The report released on Monday has also recommended that those people who can afford to pay for the vaccines should be enabled to do so outside of the government's current demarcation of the 'priority population.'

"While India has been a powerhouse for vaccine production and distribution, vaccinating over a billion people is a first, and appears to be a daunting task which requires current capacities to be scaled up extremely fast," said FICCI Chairman Sangeeta Reddy.

The study also finds out that 81 per cent of healthcare professionals from the private healthcare industry in India are willing to participate in the drive, and will inoculate frontline workers in local areas, while 75 per cent  are willing to do so in their local communities.

"The challenge of producing, distributing and administering the vaccine to the population in the shortest possible time is formidable, more so for a country like India given our population, geographical spread and skewed health infrastructure across urban and rural areas and between the states," said Kaivaan Movadawala, partner, healthcare, EY.

As of today, India has three vaccine candidates in the advanced stage of development, with two more expected to get there by March next year. Having said that, the report has raised concerns regarding the capacity constraints in public healthcare services, which are already exploited to their fullest due to COVID-19.