Farmers' protest: Delhi Police has refuted the allegations and said that the Chief Minister has not been placed under house arrest 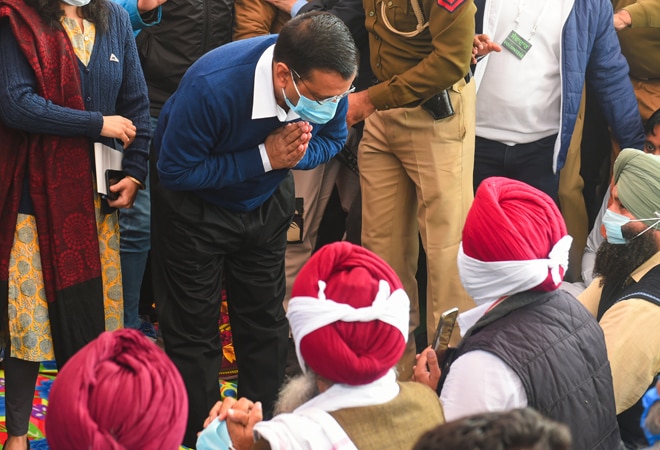 Delhi Police sources have refuted the allegations. North District DSP has said that the allegations are baseless. The DSP said that last night around 8pm, the Chief Minister left his residence and had returned around 10pm.

AAP supporters took to social media to call out the BJP and criticise them for allegedly placing a sitting CM on house arrest.

Kejriwal visited the protesting farmers on Monday at the Guru Teg Bahadur Memorial near Singhu border. "I have not come here as a chief minister. I have come here as a sevadar (one who undertakes service). We support all demands of the farmers. Their issues and demands are valid. Aam Aadmi Party and I have stood in support of the farmers right from the start," Kejriwal had told reporters yesterday.