It is estimated that India has only about 40,000 ventilators at present, including about 8,500 in public hospitals 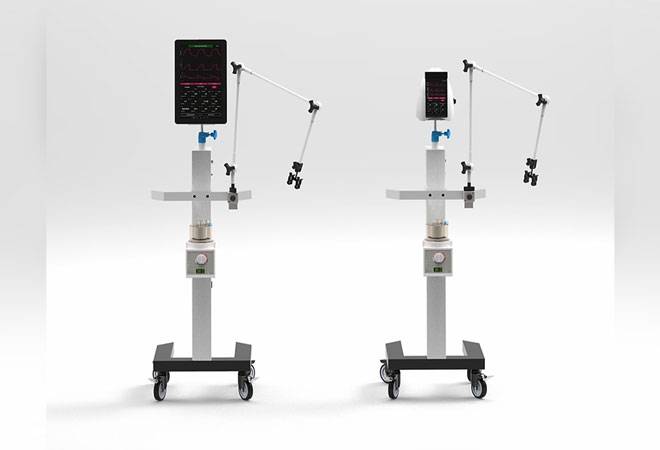 The Defence Research and Development Organisation (DRDO) is trying to develop 'multi-patient ventilators', wherein several patients can be supported by a single ventilator to meet the huge demand if the Covid-19 outbreak goes out of control.

"This innovation is expected to be available within a week. Around 5,000 ventilators will be produced in the first month and 10,000 subsequently. The DRDO has identified local alternatives to the supply of critical components. Already Secretary (Pharmaceuticals) has identified nine companies for design transfer to produce and Anand Mahindra for the fabrication of components. Each ventilator unit will cost around Rs four lakh," the government said in a statement.

It said since COVID-19 affects pulmonary functions, keeping in mind the futuristic requirement, the Society for Biomedical Technology (SBMT) programme of the DRDO has been modified to cater to the current situation. Defence Bio-Engineering and Electro Medical Laboratory (DEBEL), Bangalore (a DRDO lab), has identified a vendor, Scanray Tech, Mysore, to produce critical care ventilator. It has been created by using existing technologies like breath regulators, pressure/flow sensors, etc.

It is estimated that India has only about 40,000 ventilators at present, including about 8,500 in public hospitals. Kerala, which currently has the largest number of COVID 19 patients, has about 5,000 ventilators; Mumbai has less than 1,000; 1,500 in Tamil Nadu; and 1,800 in Madhya Pradesh.

In some eastern states, the number of ventilators is in single digits. The Health Ministry has reportedly asked a public sector unit to make 10,000 ventilators and another 30,000 would be supplied by Bharat Electricals, a PSU under the Ministry of Defence, by June, Health Ministry Joint Secretary Lav Agarwal has said.

The move to invite corporates to make multi-patient ventilators is also being experimented by the United States, where the number of COVID-19 patients has crossed over a lakh. Major auto giants like Ford and General Motors are working on war footing to manufacture ventilators. On Friday, Ventec Life Systems and General Motors announced a partnership to produce more than 10,000 ventilators per month starting as early as April.