Flipkart has given its customers the option to pre-book the products at only Rs 1, while the balance amount can be paid on October 16, the Walmart-owned e-commerce giant's official sale date 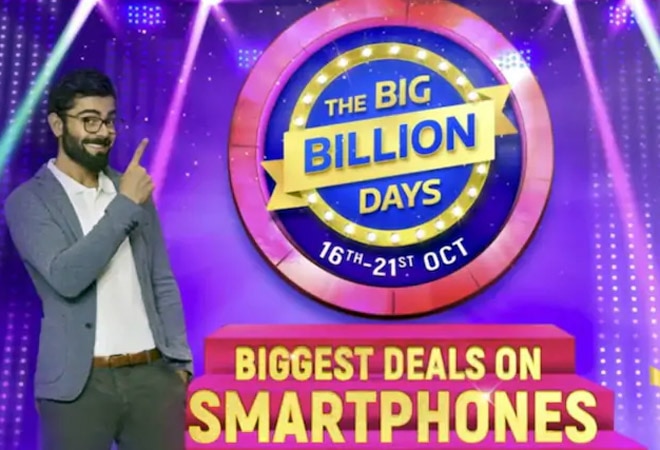 The Flipkart Big Billion Days 2020 sale kicked off at 12 pm on Thursday, October 15. Although the official festive season sale date is October 16, it begins a day early for Flipkart Plus members on October 15.

Meanwhile, Amazon is also hosting its Great Indian Festival 2020 from October 17 but the e-commerce site's Prime users can access the deals from October 16.

Where the Flipkart sale will close in six days, Amazon, for the first time ever, will host a month-long sale.

Both festive season sales will offer customers hundreds of deals with discounts, flash sales, and bundled offers on electronics such as TVs, mobile phones, laptops, and headphones.

Flipkart has given its customers the option to pre-book the products at only Rs 1, while the balance amount can be paid on October 16, the Walmart-owned e-commerce giant's official sale date.

The company will also offer customers cashback, no-cost EMI options, and much more during the sale.

Here are some of the deals on smartphones and television sets that Flipkart is offering: -

Flipkart is offering a slew of discounts on Vivo, Samsung, Redmi, Motorala, Poco, and Realme phones. E7 Plus which was launched in September for Rs 9,499 will available on the e-commerce site for Rs 8,999 during the sale.

Motorola is retailing its newly launched phones E7 Plus and G9 at great discounts. The G9 with Snapdragon 662 chipset and a 48 MP triple camera is available at Rs 9,999.

Samsung has partnered with the e-tailer to launch Galaxy F series smartphones in India as the Korean tech giant looks to further strengthen its position in the online retail segment.

Flipkart and Nokia will sell six new televisions in different size options, while Thomson too has announced that it will sell its TVs during the sale, starting at Rs 5,999.

Samsung will also retail its smart TV sets with prices starting at Rs 72,990.