H-1B visa: Blow to Indian IT employees aspiring for the Great American Dream

For FY21, Indians had applied for as many as 1.84 lakh or nearly 70 per cent of the total H-1B visas, according to the data by US Citizenship and Immigration Services (USCIS) 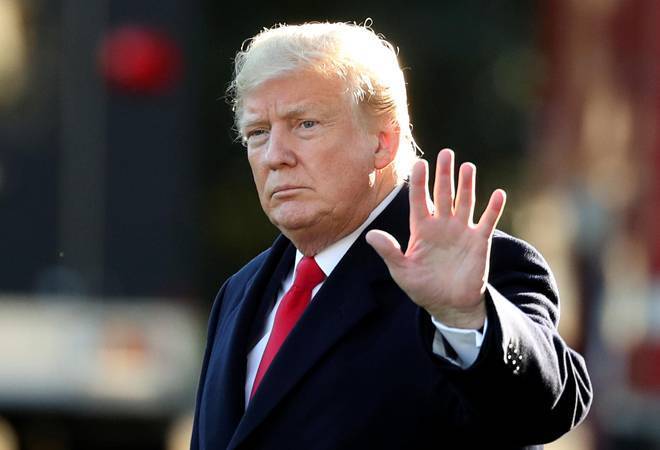 The US administration's move to suspend employment-based visas for the rest of 2020 comes as disappointing news for Indians aspiring to live the Great American Dream. However, it's not entirely on unexpected lines. Considering US President Donald Trump's long-standing anti-immigrant stance and contraction in the economy owing to coronavirus, the writing was always on the wall. The entry of the workers was first banned till June 23 and now has been extended until December 31.

"The US should not have taken such a step, especially at a time when we are talking about multilateralism and free trade. Software companies will definitely feel the pinch. As per me, both countries should proactively engage and find a solution to this so that many of our IT employees could be helped," SUN Group Chairman Vikramjit Singh Sahney who is also the president of International Chamber of Commerce (ICC) - India told BusinessToday.In.

The announcement has come as a shock for a large number of Indian IT professionals and several Indian as well as US firms who were issued H-1B visas for the fiscal year 2021 beginning October 1. "These professionals would have to wait till the end of the current year before approaching the US diplomatic missions again. It would certainly be challenging for them," said an industry expert on condition of anonymity.

For FY21, Indians had applied for as many as 1.84 lakh or nearly 70 per cent of the total H-1B visas, according to the data by US Citizenship and Immigration Services (USCIS). "Even though our companies have hired tens of thousands of Americans and invested billions of dollars in recent years, they, like others in the sector, utilise such highly skilled individuals to service their clients. This new proclamation will impose new challenges and possibly force more work to be performed offshore since the local talent is not available," NASSCOM said in a statement.

According to Trump, the move is to help millions of Americans who have lost their jobs amid the coronavirus pandemic. Trump has also sought to make the current immigration system more "merit-based". The electronic lottery system, which is used to select the 85,000 successful applicants, will now be replaced by a system that will prioritise highest salary applicants to "get the best and the brightest", a senior Trump administration official told reporters. This may also hit the margins of the Indian IT companies which have lately been sending low cost employees offshore, the industry expert also said.

Not all are welcoming of the latest move by the Trump administration in America as well. The US Chamber of Commerce has shot back at Trump, saying it's a "sweeping attempt".  "Today's proclamation is a severe and sweeping attempt to restrict legal immigration," CEO of US Chambers of Commerce Thomas Donohue said. "Putting up a 'not welcome' sign for engineers, executives, IT experts, doctors, nurses and other workers won't help our country, it will hold us back," he added.

Commenting on the issue, Sundar Pichai, the Indian born Chief Executive of Google and Alphabet, tweeted, "Immigration has contributed immensely to America's economic success, making it a global leader in tech, and also Google the company it is today. Disappointed by today's proclamation - we'll continue to stand with immigrants and work to expand opportunity for all."

Now, 'country of origin' mandatory for products on govt's e-marketplace