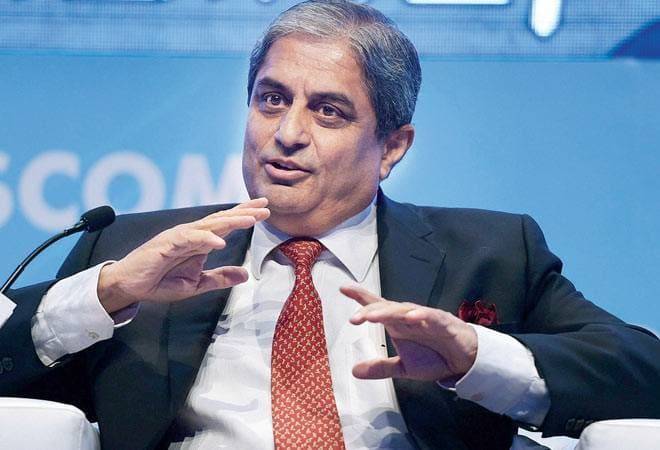 According to bank's annual report, Puri's compensation included a fixed salary component of Rs 10.73 crore, perquisites worth Rs 2.26 crore and Rs 0.67 crore as provident fund and tax exempted portion of superannuation - all of which added to the remuneration of Rs 13.67 crore. During the year, Puri exercised employee stock options (ESOP) worth Rs 42.20 crore, bringing his total earnings to Rs 55.87 crore. 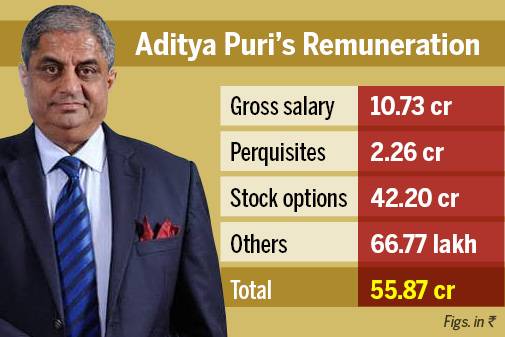 In FY18, Puri, the longest-serving head of any private bank in the country, received a salary of Rs 7.26 crore, Rs 0.56 crore as a superannuation fund, while his perquisites worth stood at Rs 1.82 crore. Adding to it, he exercised ESOP worth Rs 31.41 crore.

Meanwhile, Deputy Managing Director of the bank Paresh Sukthankar earned a total remuneration of Rs 6.33 crore (excluding ESOP) in FY19 as compared to Rs 5.30 crore in the year-ago period. Sukthankar resigned on November 8, 2018, after having worked with the bank for 24 years since its inception in 1994.

The Mumbai-headquartered bank said the average remuneration of employees in FY19 was 10.31 per cent, barring front line sales staff. As of March 31, 2019, the number of permanent employees on the rolls of the bank was 98,061.

Last year, the Reserve Bank of India (RBI) approved re-appointment of Aditya Puri as MD and CEO of the bank for another two years to October 26, 2020 (i.e. till the date of his attaining age of 70 years). Puri has been associated with the bank since 1994, during which the bank went through two major mergers - the merger of Times Bank Limited and Centurion Bank of Punjab Limited with HDFC Bank.