The development comes less than a week after the Enforcement Directorate attached assets worth Rs 78 crore, include a flat in South Mumbai, land, cash and machinery, belonging to the Kochhars 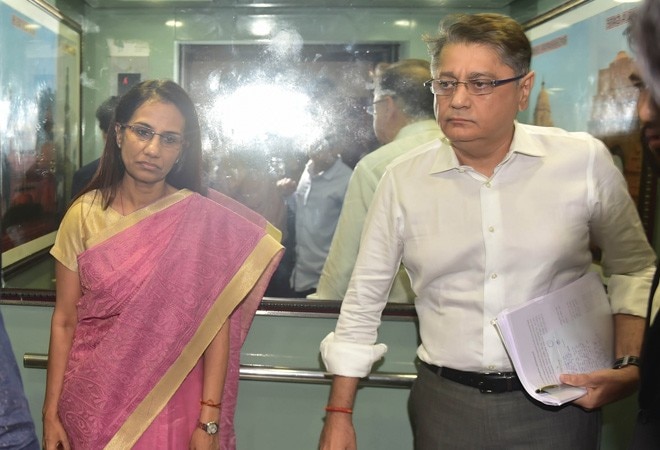 The Income Tax Department has reportedly asked Enforcement Directorate to share details of its investigation against former ICICI Bank managing director Chanda Kochhar and her husband Deepak Kochhar. The development comes less than a week after the financial probe agency attached assets worth Rs 78 crore belonging to the Kochhars.

On January 10, the ED had attached assets and shares belonging to Chanda Kochhar, Deepak Kochhar and companies controlled by him. As per book value, the total worth of the attached assets is estimated to be above Rs 78 crore. The attached assets include a flat in South Mumbai, land, cash and machinery. The ED suspects these assets to be proceeds of crime in the ICICI Bank-Videocon loan scam.

Any new facts unearthed in the ED investigation will be used by the Income Tax Department as the starting point to reassess its case against the Kochhars, a tax official told The Economic Times. The tax department's probe focuses on two angles - either the South Mumbai flat attached by the ED was bought by Videocon with the money they were supposed to pay Kochhars, making it a benami transaction, or the property was sold at less than market rate with the balance being the bribe, the daily reported.

"The evidence gathered didn't indicate that it was a transaction fit under the Benami Act; the graft bit could be probed further by the CBI. However, now with the ED probe treating the house as proceed of crime, this could be revisited," the report quoted the official as saying.

The ED, the tax department, the Central Bureau of Investigation (CBI) and the Ministry of Corporate Affairs are investigating allegations of irregularities in loans extended by ICICI Bank to Venugopal Dhoot-led Videocon Group when Chanda Kochhar was at the helm of the lender. The case against Chanda Kochhar alleges that loans to the tune of Rs 1,875 crore were extended to Videocon in 2017.

The allegations point out that companies controlled by Deepak Kochhar received kickbacks from Videocon in lieu of loans from ICICI Bank.