Decision is going to have a major impact on the small and marginal players, largely unorganised, in low-value high volume segment of medical devices industry 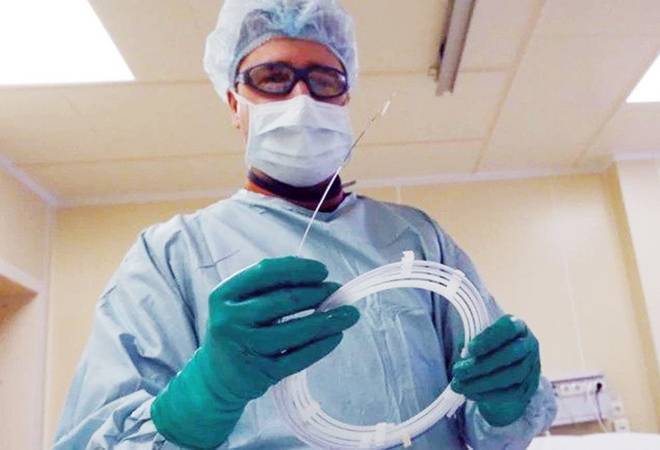 New rule will be applicable in a staggered manner, with the compliance requirements for most products kicking in on April 1, 2020

Indian medical device sector is in for a major disruption after the central government has notified all medical devices -- syringes to PET scanners to dialysis machines -- as drugs for quality certification and monitoring purposes on February 11. The new rule will result in a shakeup in the low value, low risk, high-volume medical device category as local micro and small scale device manufacturers will have to comply with standards and procedures considered too costly for them. While global med-tech firms appreciate the move, domestic medical device makers have sought more clarity over the government plans.

"One can't expect a tiny manufacturer in Bhagirath making masks or neck bracing collars or belts to hire a qualified QMS manager with biomedical engineering. It is not needed worldwide -- these require simple basic precautions like labels for traceability and consumer protection," says Rajiv Nath, Coordinator of Association of Indian Medical Device Industry (AIMED).

The industry says that almost all low-risk Class A category products like orthopaedic collars and pillows, spectacles and wheel-chairs and stretchers, etc, are made by MSMEs. "Most small manufacturers can't comply with and have qualified regulatory staff to meet the Medical Device and Diagnostic Rules (MDR) Schedule 5. The Ministry of Health has been unwilling to amend this, though NITI Aayog is supportive and has assured to make a provision in its draft bill," Nath says.

The change, though, will not be sudden. The new rule, which comes in force from April 1, will be applicable to a large set of manufacturers in a staggered manner. The compliance requirements for low risk (Class A) and low moderate risk (Class B) devices will be enforced only after 30 months from the date of notification.

Of the estimated size of $5.2 billion, close to 30 per cent is known to be the market for consumables and patient aids. The hi-tech diagnostic imaging sector is dominated by large players and will be the least impacted. The government has provided specific timelines for the implementation of the rule for different products.

The Ministry of Health notification covers all devices, including instruments, apparatus, appliance, implant, material or other articles -- whether used alone or in combination, including software or an accessory -- intended by its manufacturer to be used especially for human beings or animals. The notification has come at a time when the domestic medical device industry was expecting a separate law to regulate medical devices, instead of the current rule that defines such devices as "drugs" and brings it under the purview of Drugs and Cosmetics Act for regulatory approval.

"We are okay to be regulated under a risk proportionate Medical Devices Rules, 2017, we are highly uncomfortable to be regulated under the very rigid and prescriptive the Drugs Act as any non-conformity can be treated as a criminal offence by any drug inspector at his discretion and hauled before a court and there is no risk proportionate penalties. We have been seeking assurance from the health ministry that this is a temporary measure until a NITI Aayog-drafted bill to regulate devices separately from drugs becomes a separate law. But, no meeting has been called to address these apprehensions," Nath adds.

The Surgical Manufacturers and Traders Association, another body that represents wholesale traders and MSME device manufacturers, had recently criticised the government's move, saying it may lead to the closure of thousands of small and micro units and impact consumers by way of high prices as imports will become multiple times costlier.

The Medical Technology Association of India (MTaI), the association of global and Indian medical devices, welcomed the decision. "We welcome the government's decision to regulate all devices, which has also been a long-standing ask of the industry. These regulations, that are a continuation of the Medical Devices Rules 2017, which were launched after meticulous deliberations for two years, are in line with the government's vision to provide equitable access to quality healthcare. We are also happy the health ministry is recruiting competent resources to cater to the additional workload that these new regulations will bring in," Pavan Choudary, Chairman and Director General, MTaI says.

Consumer groups welcomed the move but expressed doubts over the ability of the drugs department to regulate medical devices.

LPG prices hiked by up to Rs 149 per cylinder; check new rates