The acquisition of the cloud-based application delivery and test automation solutions provider for $200 million in 2015 had triggered a major crisis in Infosys, with its cofounder NR Narayana Murthy going public over the lack of transparency in the deal, which was concluded by Vishal Sikka. 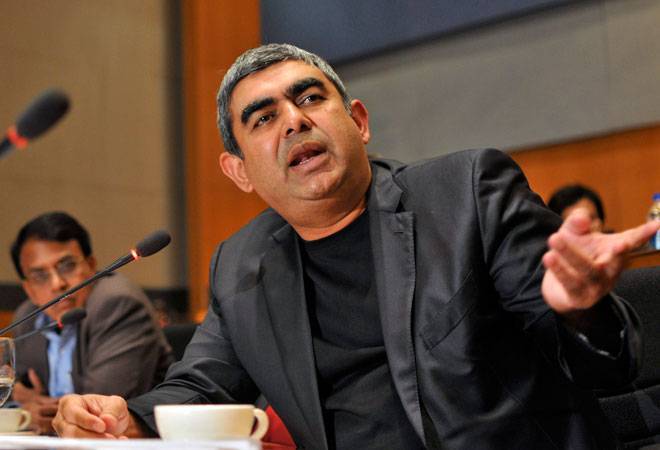 Infosys is putting up for sale its Israeli subsidiary, software service company Panaya, the acquisition of which had sparked a major controversy that eventually led to the exit of high-profile CEO Vishal Sikka from India's second largest IT major. The acquisition of the cloud-based application delivery and test automation solutions provider for $200 million in 2015 had triggered a major crisis in Infosys, with its cofounder NR Narayana Murthy going public over the lack of transparency in the deal, which was concluded by Sikka.

Infosys on Friday reclassified as Rs 118 crore the impairment loss due to Panaya in the consolidated profit and loss for the quarter and year ended March 31, 2018, and lined up the company for sale.

Murthy had wanted an investigation report on alleged irregularities in the acquisition of cloud solutions start-up Panaya to be made public. Sikka, the first non-founder CEO of Infosys, had finally resigned from Infosys on August 18, 2017 as the controversy took an ugly turn with allegations flying thick and fast over irregularities in the acquisition. After conclusion of a strategic review of its portfolio of businesses, the company has initiated identification and evaluation of potential buyers for its subsidiaries, Kallidus and Skava and Panaya (collectively referred to as the "disposal group"), Infosys said in a statement.

The company, which on Friday announced its results for the final quarter of 2017-18, said its net profit for the March quarter rose 2.4% to Rs 3,690 crore over the same period last year. Sequentially, the net profit declined 28.1%, according to a company filing with the BSE. Its full-year net profit rose 11.7% to Rs 16,029 crore, and it has forecast its revenue to grow at 6-8% in constant currency and 7-9% in dollar terms for the financial year 2018-19.

The software major said it has rolled out salary hikes ranging from "mid-single digit to highsingle digit" for a majority of its employees, effective from April. "We are also pleased to announce compensation revision for 85 per cent of our employees starting April. For rest of the employees, primarily middle management and senior management, it will be effective July 1. This is for both onsite and offshore," Infosys COO Pravin Rao said.

Rao said the attrition at the company for the March quarter had increased to 16.6 per cent as compared to 15.8 per cent in the previous quarter.

"However, the high-performers attrition has come down dramatically at 9.4 per cent," he added. Salil Parekh, who took over as chief executive officer and managing director from interim CEO Rao on January 2, said, "We will execute our strategy around the four pillars of scaling our agile digital business which is today $2.79 billion in revenue, energising our client's core technology landscape via AI and automation, re-skilling our employees, and expanding our localisation in markets such as US, Europe, and Australia."