According to the company, users spend on an average 25 minutes on the platform and the retention rate for new users being nearly 85 per cent 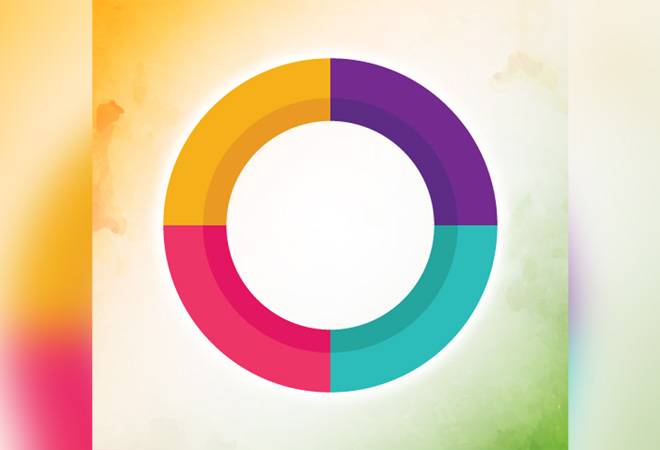 Over the last one month, ban on Chinese short video creation app TikTok has resulted in home-grown video content platforms seeing a dramatic surge in their download numbers coupled with influencers trying newer apps to post the content. One of the biggest gainers from the ban move has been India's first unicorn start-up InMobi, whose Roposo video content platform has reached now over 80 million downloads with nearly 2 billion video views, according to the company. Banking on its easy-to-use video creation tools and augmented reach by its lock screen personalisation content business, Glance - InMobi is bullish to ride and survive the resurgence of desi video apps.

Glance, the consumer content entity on the B2C side of InMobi's business delivers personalised content to screen zero of smartphones. Every time users unlock their phones, lock screens are loaded with new visuals and interactive content that is personalised. In September last year InMobi raised $45 million from Peter Thiel's Mithril Capital as part of a larger $75 million-plus round to invest in Glance's growth. "Today 75- 80 per cent of every new smartphone that is sold in the country carries Glance," said Naveen Tewari, Founder & CEO, InMobi Group. At a group level Glance is already a very large platform. "We have close to about 100 million users of Glance on a daily basis or close to about 25-30 per cent of the internet population of India," he added.

According to the company, users spend on an average 25 minutes on the platform and the retention rate for new users being nearly 85 per cent. Roposo's acquisition by Glance last November was both a strategic decision and also the right fit to add video feed to the platform. Though Roposo is run independently, integration between the teams of Glance took nearly three-four months and the platform has been scaling fast even before the app ban, said Tewari. The reason why he thinks Roposo could sustain the lead is the creative tools that the app provides for content creators and the stability of the platform, given that it is a part of the larger home-grown group company.

Tewari further says that there is not only a surge in the number of users but also user stickiness and greater number of content creators. "The key thing about getting creators is the creation tools and every creator will come to you if you have the right tools. We already had a very large community of creators, now obviously, it's swelling up big time," he said. The creator community on Roposo has actors, singers, dancers, musicians, designers, photographers, sports enthusiasts, journalists, tech enthusiasts and cooking experts and has several channels such as Haha Tv, Soulful Quotes, Filmistan, Wow, Bhakti, Roposo Stars, Covid-19, Daily Wishes, Punjabi Way, Creative Space, captured, Look Good Feel Good, Rangoli and Celebrations. For creators  to monetise their content, Roposo works on a remunerative advantage and revenue sharing model in the form of Roposo coins (1,000 Roposo coins equals to Rs 1).

With Glance growing nearly three-and-half times in 2019, InMobi expects a 200 per cent growth this year also on a very large base. On the other hand, while Roposo has been growing significantly after the integration, in June alone the app grew 300 per cent. Also, the the B2C platform is seeing increased advertiser interest. So, InMobi marketing platform has observed that a lot of money is coming for Glance because advertisers want to be seen on top of the screen. "Clearly, Glance is becoming a  big factor from an advertising perspective and for Roposo we are seeing interest from a lot of brands because they want to enhance the ability to communicate a message or a brand to wider audiences," said Tewari.