Intellectual property is high on the agenda for corporates, says SPAG report

A recently released report on the occasion of World IP Day(April 26th) by research firm SPAG shows that Indian corporate leaders favors the need for a sustainable intellectual property framework in India. 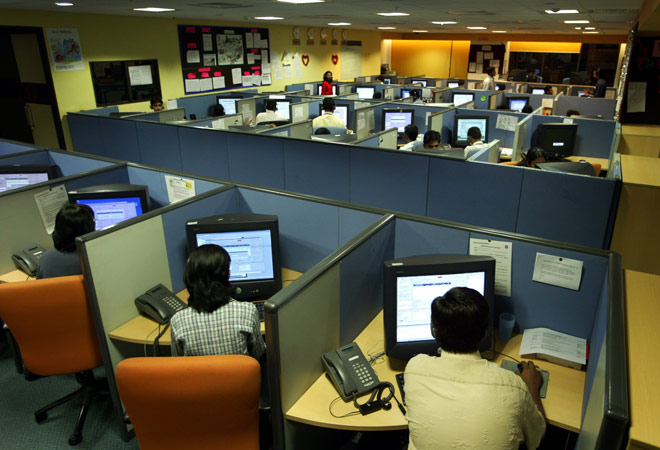 Intellectual property is high on the agenda for Indian corporate leadership.

"India, a country with multifarious and ubiquitous problems needs an IP environment that stimulates growth and produces a battery that maps out the design for its future progress…. There is an urgent need to create a strong IP policy so that creative work and innovation are duly protected. At the same time, cost effective products should also be made available to the grassroots" said the report.

99 per cent of the respondents of the survey feel IP plays a vital role in their respective industry.

A sound IP policy with its emphasis on patents, copyrights, trademarks, and enforcements allows not only steady flow of FDI and related modes of economic development, but also ensures the safety of artists, researchers, academicians and other industry associations in terms of their contribution to innovative research and creative output.

"India models the premise that innovation is the key to the success and sustainability of a robust economy. With the new Indian regimes firm plans to spell out a comprehensive intellectual property rights (IPR) policy, India evidently strives towards accelerated economic progress. This survey has been commissioned with the intent to be a constructive tool for policy makers to hear the voices of the Indian corporate leadership and thereby develop a transparent and consistent framework for India's long-term interests." Said Aman Gupta, Managing Partner, SPAG Asia.

Majority of the corporate leaders who were surveyed does not believe that India has a strong IP policy and structure in place.

70 per cent of respondents in healthcare and pharma industry responded that India does not have an IP policy in place.

79 per cent of respondents from IT industry and 45 per cent from Music and entertainment industry gave similar responses.

65 per cent of the respondents of the survey believe that policy makers in India are not doing enough to establish a strong IPR regime in India.

According to the respondents of the survey, "awareness and implementation were more serious issues than the policy structure itself. India, being a developing nation is less able to absorb the associated costs of implementing IPR on the ground, and less likely to benefit from domestic innovation compared to it's more developed counterparts.

However, the government of the day must also discern the large revenue generated from the IP industry and invest appropriately in it. Therefore, we require a policy tailored to suit our context.

The Indian IT is growing rapidly but the main focus of Indian software companies is on providing low cost solutions. "Even after becoming a giant in the IT sector, we are not known for our product development. This can be linked to the lack of a culture of innovation in India." The report added.

The report also cited 'Piracy' as major concern. The Business Software Alliance, a leading body in India that works towards the promotion of a strong IPR environment in India came with a report - Global Software Survey 2014.

According to this report 43 per cent of the software installed on personal computers around the world in 2013 was not properly licensed. The commercial value of these unlicensed software installations amounted to $62.7 billion. "Software Piracy leads to huge loss to the economy, and also opens up a dangerous space for cybercrimes".

"India is a very important economy in the global context. Sadly, India is also home to approximately 60% users of unlicensed software that leads to a massive loss of revenue and high value jobs. Unlicensed software use is an organisational governance issue and I am glad that leaders of some of the top firms are looking at the rising piracy levels as a warning and working towards protecting IP…."

"The basic problem stems from the fact that people's mindset is not tuned to believe that software piracy is unethical. People need to understand that piracy is equivalent to common theft and is punishable by law", said Varun Mowar, Country Leader, License Management Systems, Adobe.

"The generic pharma industry in developing nations provide life-saving drugs at a fraction of the price the innovator companies charge, democratising public access to otherwise unaffordable drugs. In the process, the generic drug companies in India have proliferated to become the largest manufacturer and supplier of generic drugs to the world. This brings in huge revenue for the government. However, a cause for concern is that the indigenous investments in research and development in the country are negligible", said the report.

India has already begun to see some positive results as strong political will and growing awareness of the need for greater IP protection has increased. The government has proposed to establish a fund worth ($ 2.2 billion) for drug discovery in India.

Commenting on the findings of the report, Kiran Mazumdar Shaw, Chairperson and MD, Biocon said - "The pharma sector in particular has raised the IP platform to a new level of global debate. Intellectual Property (IP) contributes significantly for research and commercialization strategies that enable protection of the inventions or innovations from competitive forces. It also provides a first mover advantage in many cases. IP also enables product positioning, lifecycle management as well as asset monetization and valuation. Above all, IP is a key value driver for any organization that clearly comes out in the report findings."