It's not that traditional IPL spenders don't see merit in investing in IPL this year, but they continue to be sceptical despite consumer sentiment getting better by the day and demand picking up 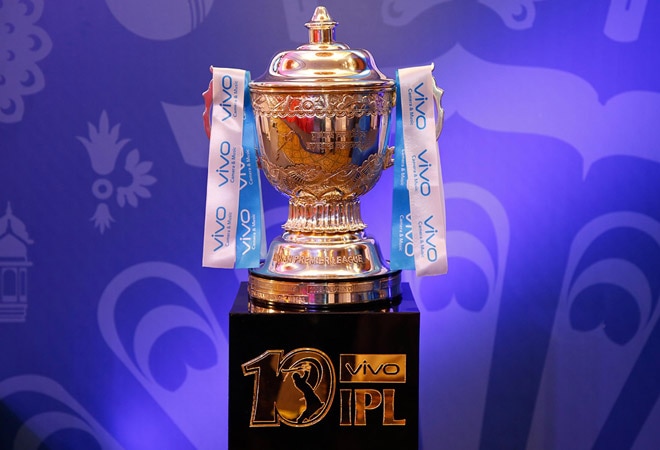 Also, gone are the days when advertisers signed cheques worth Rs 200-300 crore for IPL

Fantasy sports, edtech, online gaming, food tech, and e-commerce companies (many of them first time spenders) could be the big spenders on Star Sports and Disney+Hotstar in the 2020 edition of the Indian Premier League (IPL). These sectors have been the biggest gainers during the lockdown and it's not surprising that they are willing to loosen their purse strings. "The profile of advertisers will change this time. New age advertisers will constitute a significant proportion," says Anand Bhadkamkar, CEO, Dentsu Aegis Network.

It's not that traditional IPL spenders such as auto, handset manufacturers, consumer durables and other FMCG categories don't see merit in investing in IPL this year, but they continue to be sceptical despite consumer sentiment getting better by the day and demand picking up. "We are still evaluating. Though it is a given that people will engage with IPL since there is going to be sporting action after a long gap, there are economic challenges too. You need a certain outlay to have the desired impact on IPL and we are not sure if we have that," points out the Chief Marketing Officer of a leading edible oil company. Over 40 per cent of the company's sales comes from restaurants and other institutions and with that segment not yet open, the CMO wonders if spending a premium on IPL would make sense. "IPL indeed is a good impact property and discussions are on with clients, but there is conservatism all around," agrees Bhadkamkar of Dentsu Aegis Network.

The broadcaster, on the other hand, has made it clear to the advertisers that it will stick to last year's ad rates (Rs 10-12 lakh for a 10-second ad) and will not resort to deep-discounting. In fact, it has also increased the rates for the video ads on Disney+Hotstar by 50 per cent (from Rs 120 for per 1,000 views to Rs 180). "Enquiries for advertising on Hotstar has gone up by over 50 per cent (most of them are new-age advertisers), but advertisers are still not committing. The closures used to be faster last year," points out Samir Chaudhury, Co-Founder, The Media Ant.

IPL will disrupt the entire TV advertising market and would cannibalise other genres too, says a senior media planner. Brands that invest on the tournament will certainly shy away from other genres. Also, gone are the days when advertisers signed cheques worth Rs 200-300 crore for IPL. "They don't want package deals. Most of them, even those who have the resources to spend are opting for FCTs (free commercial time)," says the media planner.

While the mood in general is one of caution, industry experts expect Disney+Hotstar's contribution to be even more significant during this season of IPL. Hitesh Gossain, Founder, Onspon, expects a five-fold increase in absorption of Disney+Hotstar during the IPL. "Though the climate is bad, a significant amount of advertising money of companies is unspent. If Star is lucky, it will see a windfall this season, if not, it will make the same amount of revenue as it did last year," says Gossain, who expects Hotstar to benefit significantly this year. Anil Nair, CEO, VMLY&R, agrees that Hotstar's contribution to Disney-Star's revenue will be significantly higher this year. The OTT platform in the 2019 season of IPL earned Rs 700 crore of advertising revenue (while Star Sports generated Rs 2,000 crore revenue) and the expectation is that it would touch the Rs 1,000 mark this year. "The TV ad pie may have dampened, but there is opportunity for more inventory to open up on Hotstar, considering that content consumption on the platform would have significantly gone up," says Nair. With ad rates on Hotstar being much lower than television, Nair also expects a lot of new brands to make an entry into IPL this year.

Gossain expects not just Dream11 to capitalise on Disney+Hotstar but also a host of other new-age digital companies. "For these companies advertising on Hotstar will not just help them build brand salience, it will also get them click-throughs. It is a marketer's dream to able to build salience as well as get conversions at one go. If Star is able to crack this, then going forward, Disney+Hotstar will be in the league of Google and Facebook. When an advertiser will think of OTT, it will be Hotstar."

BCCI had to settle for a over 50 per cent lower price for IPL's title sponsorship this year. Dream11 bagged the rights for a meagre Rs 220 crore compared to Vivo which shelled out Rs 440 crore per year. Will Disney-Star be able to get advertisers across the board to loosen their purse strings? Though a difficult task in the current environment, a large section of the industry believes that the broadcaster will be better off than most of the other stakeholders of IPL.