The Naresh Goyal-led airline had bought Sahara Airlines in April 2007 for Rs 1,450 crore after an arbitration award. It later renamed Sahara Airlines as JetLite and operated it as a low-cost arm till November last year. 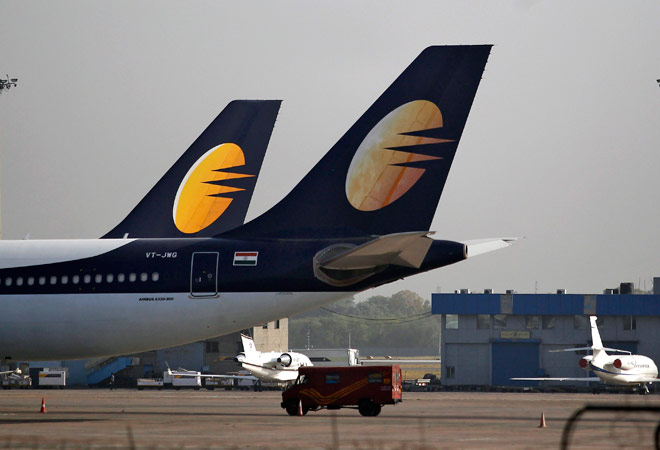 Jet Airways' board has approved the merger of its low-cost subsidiary JetLite with the parent airline.

The Naresh Goyal-led airline had bought Sahara Airlines in April 2007 for Rs 1,450 crore after an arbitration award. It later renamed Sahara Airlines as JetLite and operated it as a low-cost arm till November last year. At present, Jet Airways and JetLite operate under two different Air Operator Permit (AOP).

"The merger, which is subjected to regulatory and other approvals, is aimed to further strengthen the airline's efforts to provide a consistent, single brand product and service offering across the network, leading to a stronger market presence," a statement issued by the private carrier on Wednesday said.

Consequent to the merger, JetLite will become part of Jet Airways and operate as a separate division of Jet Airways, the airline said, adding this will result in more focused operational efforts, realising synergies in terms of compliance, governance, administration and costs.

"Jet Airways has made demonstrable progress in the implementation of its three-year turnaround strategy with the objective of returning to profitability. The merger of JetLite into Jet Airways is a key step to strengthen Jet Airways' operations and create a seamless organisation, delivering exceptional service to its guests," Jet Airways Chairman Naresh Goyal said.

The merger approval by the board is subject to compliance with all applicable laws and regulations and the receipt of all corporate, regulatory, governmental, judicial approvals and third party consents, the statement by the company added. "The Boards of Directors' approval today follows the earlier decision taken by Jet Airways to streamline and align its domestic operations, creating a strong, uniform Jet Airways master brand andimplementing a consistent, full service, single brand strategy across the entire domestic airline operation. This move has been very well received by guests and stakeholders," the company said.

Jet Airways had reported a consolidated net profit of Rs 226.4 crore for the first quarter ended June 30, helped by higher revenues and increase in passenger traffic.