"The revised timeline for completion of the CIRP of Jet is now August 21, 2020, subject to any further extension of the lockdown by the state government of Maharashtra or the Central Government, as the case may be," Jet Airways said in an exchange filing 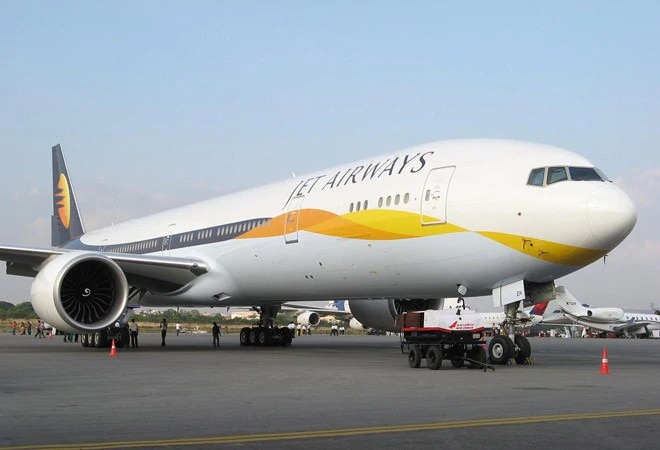 The deadline for Corporate Insolvency Resolution Process (CIRP) of Jet Airways has been extended by more than two months to exclude the duration of coronavirus lockdown. The lockdown began on March 25 and its fourth phase is scheduled to end on May 31. "The revised timeline for completion of the CIRP of Jet is now August 21, 2020, subject to any further extension of the lockdown by the state government of Maharashtra or the Central Government, as the case may be," Jet Airways said in an exchange filing on Friday.

In March 2020, Jet Airways' Resolution Professional had filed an application before National Company Law Tribunal (NCLT) seeking a 90-day extension for the corporate insolvency resolution process of the defunct carrier. The bankruptcy court later provided an extension as the time period for completion of the process was scheduled to expire on June 13.

However, nationwide coronavirus lockdown came into effect from March 25. This lockdown is expected to be lifted on May 31 in India and Maharashtra, where the registered office of Jet is located.

NCLT, by its order on March 30, held that "the period of lockdown ordered by the Central Government and the State Governments including the period as may be extended either in whole or part of the country, where the registered office of the Corporate Debtor may be located, shall be excluded for the purpose of counting of the period for 'Resolution Process under Section 12 of the Insolvency and Bankruptcy Code, 2016, in all cases where 'Corporate Insolvency Resolution Process' has been initiated and pending before any Bench of the National Company Law Tribunal or in Appeal before this Appellate Tribunal".

Meanwhile, Jet Airways had stopped operations on April 17 after lenders refused funds required to keep the airline afloat. The banks have been trying to salvage the company ever since. The SBI-led consortium of banks that had extended loans to Jet Airways agreed to file insolvency proceedings against the airline after the bank-led resolution process failed to get any results.

The consortium had been in control of the company's board since March after the exit of founder Naresh Goyal. NCLT on June 20, 2019, had admitted the insolvency petition filed by the lenders' consortium led by SBI against Jet Airways. The tribunal also appointed Ashish Chhauchharia of Grant Thornton as the resolution professional for the crippled airline.