Will Lakshmi Mittal's desperate bid for Essar Steel open up doors to India?

Lakshmi Mittal had made some headway in India when his group's ArcelorMittal Netherlands BV bought a 29.05 per cent stake in Uttam Galva Steels in 2009. 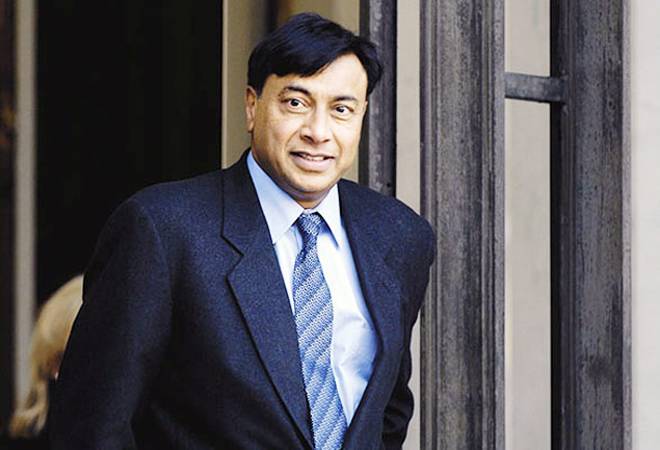 Lakshmi Mittal might be the king of steel elsewhere but his company ArcelorMittal still needs a foothold in India. Mittal is now making a desperate attempt to build a substantial presence on Indian shores with his bid for the stressed assets of Essar Steel. The India born tycoon may come in the way of the efforts by the Ruias, Essar Steel promoters, to save the company from slipping out of their grasp. Rewant Ruia's Aurora Investments is a minority shareholder in the only other bidder for the company - a consortium Numetal led by VTB Capital.

Mittal had made some headway in India when his group's ArcelorMittal Netherlands BV bought a 29.05 per cent stake in Uttam Galva Steels in 2009. He decided to offload his stake in Uttam Galva at a rock bottom price to his co-promoters to meet the eligibility criteria for bidding for Essar Steel's assets.

Both bids for Essar Steel require a nod from the interim resolution professional (IRP) to move forward. But Mittal has made sure he stays in the reckoning, an attempt to change the fortunes of his group in India. The Ruias though will put up a spirited fight to save the asset and prevent a further slimming of their group. Recently, they sold Essar Oil to Russian conglomerate Roseneft.

In the past decade, ArcelorMittal Group made some valiant attempts to scale up in India. It included MoUs with states like Jharkhand, Odisha, Karnataka, Chhattisgarh and West Bengal for projects that entailed an investment of anywhere between Rs 10,000 crore to Rs 50,000 crore. But they only made big newspaper stories and there has been little progress on the ground. The group is also discussing a proposal to set up an auto-grade steel mill with SAIL.

Uttam Galva, Mittal's entry vehicle into India, too is a bank defaulter and is undergoing insolvency proceedings. Critics point out that his investments in the company couldn't save it. Will he be able to turn around Essar Steel? Only time will tell but Mittal made his fortune by acquiring stressed assets across the globe. It all started in the 90s when his companies started picking up stressed assets in countries like Indonesia, Ireland, Canada, Kazakhsthan, Trinidad &Tobago and Mexico. After limited success with his acquisitions in his previous purchases in Canada and Germany, he started looking at assets in former Soviet Union countries, especially those in a financial mess. This includes his 1995 pick Karmet Steel works at Temirtau in Kazakhstan for $400m. This was also the time when steel consumption picked up in neighbouring China and turned around his fortunes.

In 2004, he emerged as the world's biggest steel maker. His Ispat International NV acquired another group company LNM Holding and then merged with International Steel Group, forming Mittal Steel. The journey, which started in 1976, with LNM Group setting up its first steel mill with 26,000 tonne capacity in Indonesia, led to this conglomerate with 42.1 MT steel shipments and profits of $22 billion that year. In the next two years, he made the group a behemoth, with the acquisition of European steel major Arcelor Steel after hectic boardroom negotiations and overcoming opposition from then chairman of the company Guy Dolle and French President Jacques Chirac. But India still remained beyond Mittal's reach.

ArcelorMittal controls 10 per cent of global steel manufacturing and was one of the first to have annual output cross 100 million tonnes (MT). Turnover in 2017 reached $68.6 billion. But all this didn't come easy. In 2015, ArcelorMittal reported a whopping debt of $15 billion and losses amounted to $7.9 billion. The steel giant is still making efforts to cut down on its debt. In a statement released on January 31, the company has set a net debt target of $6 billion. It appears difficult because, globally, the steel sector is battling two big challenges: overcapacity and dumping from China. Along with this, the group's arm in South Africa is battling a fuel crunch. Earlier in 2016, the South Africa's competition tribunal fined the company 100 million rand for price rigging. The group has already paid the first instalment of this fine.

Mittal has investments in HPCL's Bhatinda oil refinery and along with ONGC's foreign investment arm -- OVL -- floated OMEL (ONGC Mittal Energy Ltd) to buy stakes in oil assets. The distress sale of Essar Steel and other assets may help Mittal in expanding his footprint in India.

War of words between the two bidders for Essar Steel