L&T's consolidated gross revenue stood at Rs 141,007 crore for the year ended March 31, 2019, riding on international revenues worth Rs 45,109 crore, which constituted 32 per cent of the total revenue 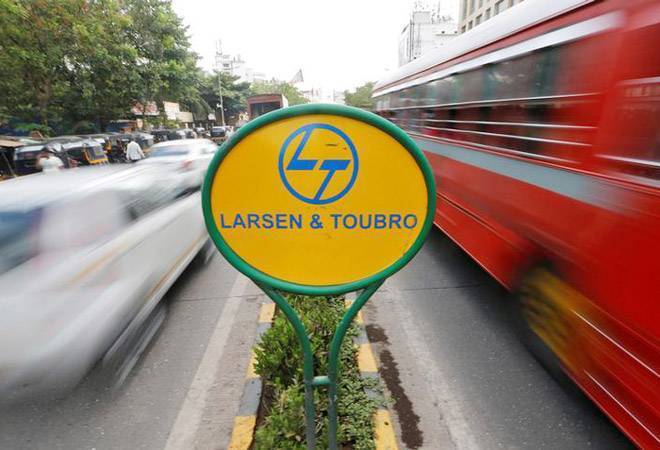 L&T's Board of Directors have recommended for the approval of shareholders, a dividend of Rs18 per equity share

Surpassing street expectations, engineering major Larsen & Toubro on Friday reported a 18 per cent growth in revenues and 21 per cent jump in net profit for financial year 2018-19 on a year on year (y-o-y) basis.

Consolidated gross revenue stood at Rs 141,007 crore for the year ended March 31, 2019, riding on international revenues worth Rs 45,109 crore, which constituted 32 per cent of the total revenue.

Consolidated Profit After Tax (PAT) for the year was at Rs 8,905 crore, a jump of 21 per cent compared to last year.

Powered by fresh orders in infrastructure and hydrocarbon sector, L&T's overall new orders during the year were worth Rs 176,834 crore, with a growth of 16 per cent compared to the previous year. Of this 26 per cent, orders worth Rs 46,805 crore were international.  With this, consolidated order book of the group stood at Rs 293,427 crore as of March 31, 2019, with international order book constituting 22 per cent of the total order book.

In the infrastructure segment, the company secured fresh orders of Rs 95,743 crore, a growth of 3 per cent. "The order intake reflects pick up of investment by private sector mainly in airport and health segments, though government capex still continues to be a major investment driver. Order wins were mainly witnessed in airports, water and irrigation systems and metro rail networks," said the company. However, order inflow in this segment went down by 8 per cent during the last quarter, mainly due to delays in order awards of select prospects mainly in transportation infrastructure, heavy civil infrastructure and metallurgical and material handling business.  The EBITDA margin of the segment during the year was lower at 8.5 per cent compared to the previous year 9.8 per cent, with cost pressures encountered in a few projects and cost provisions pending client approval of additional claims in some projects.

Flue-gas Desulphurisation ordering during the year as a result of the mandate by the government, on stricter emission control norms for existing power plants, helped power segment to secure orders worth Rs 2,919 crore during the year, a growth of 21 per cent. Heavy engineering segment secured fresh orders valued Rs 4,049 crore during the year, substantially higher by 78 per cent y-o-y supported by increased demand for clean fuel to comply with EUR6/BS-VI and Marine Pollution norms (MARPOL).

"With general elections in the first quarter, the disruptions in decision-making processes could impact key operating parameters in the first half of 2019-20," said L&T.

"Nevertheless, with the momentum set on infrastructure building, coupled with incremental tax revenues, the emphasis on investments in areas such as airports, railroads, water supply & distribution, expressway programs, power availability and connectivity, oil and gas production and mass rapid transit system is expected to continue; the further revival of stressed businesses and recovery of non-performing assets are expected to ease the concerns on liquidity and perk-up the business sentiment," said the company.

The Board of Directors have recommended for the approval of shareholders, a dividend of Rs18 per equity share.