#MeToo: When corporate India failed its women at the workplace

It is India's #MeToo moment with several cases of sexual harassment at the workplace being revealed. Here are some cases that have shaken the corporate world over the years 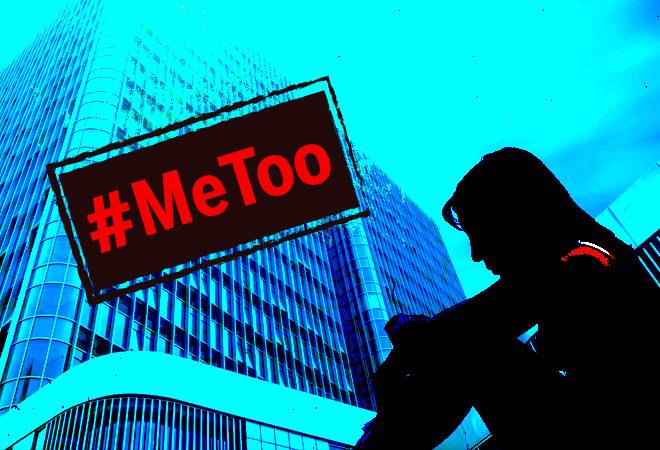 India is in the midst of a firestorm as unfortunate incidents of sexual harassment at the workplace emerge. It is India's #MeToo moment which started with former actor Tanushree Datta filing a police complaint against actor Nana Patekar for behaving inappropriately during a film shoot. Skeletons from different cupboards have tumbled out especially in the media and entertainment industries. Cases of sexual harassment at the workplace are not new with many incidents having occurred in the  corporate world too.

Air India stripped its general manager of inflight services  of his post in August after a flight attendant made allegations of sexual harassment against him. The woman had also written to civil aviation minister Suresh Prabhu in this regard. She had also approached the Woman and Child Development Minister Maneka Gandhi. The minister had later sought a report on the same from Air India. The woman alleged that she had been harassed for the last six years by the senior executive. She had described the executive as a 'predator'

TVF or The Viral Fever, the web comedy channel, created a stir in India last year when Arunabh Kumar, its CEO, had to step down from his position after an anonymous sexual harassment complaint on blogging platform Medium. The complaint was filed by a former female employee under the pseudonym Indian Fowler. Kumar stepped down saying the allegations of sexual harassment against him were hurting the company.

The software services firm was involved in a scandal when an employee alleged that she was being discriminated against when it came to her salary and that her manager had forced her to have an alleged affair. The employee worked for Wipro in London and filed a GBP1.2-million lawsuit in October 2015. Wipro contested the case and, in May 2016, declared the UK Employment Tribunal had ruled in its favour. "Wipro Limited is pleased that the UK Employment Tribunal has upheld the dismissal of the complainant from the services of the organisation as appropriate and rejected claims of adverse cultural attitude towards women in the organisation," a company spokesperson had told the Economic Times.

In February 2015, RK Pachauri, then director general of  TERI (The Energy and Resources Institute), was accused of sexually harassing a researcher at the organisation since September 2013.  Pachauri denied the allegations. He claimed his computer and phone were hacked, but the police did not believe it. This was not the end. A week after the first complaint, another woman alleged sexual harassment by Pachauri. In March 2016, the Delhi police charged him with sexual harassment, assault or use of criminal force on a woman with intent to disrobe, stalking and gesturing, or acting with the intention of insulting the modesty of a woman. TERI first appointed Pachauri as executive vice-chairman despite the allegations, but eventually he was dismissed from the institution.

Leading technology solutions company encountered trouble in 2015 when Gayathri Balaswamy entered into an employment agreement, stating her appointment as a Vice-President of the company.Within a few months she resigned and lodged a criminal complaint against two employees of the company. In an arbitration award a sum of Rs 2 crore was awarded to her together with an interest of 18 percent per annum. Dissatisfied by decision of the arbitrator, the petitioner went to the court and was awarded Rs 1.68 crore in addition to the earlier mentioned award for non-constitution of the ICC.

In June 2015, environment rights NGO Greenpeace India faced trouble and unwanted media attention, as an ex-staffer went public with allegations of rape and sexual harassment by her colleagues. The complainant alleged that she had to leave her job in 2013 after being sexually harassed and raped by her colleagues. Narrating her ordeal, she said that it started a year after she had joined the NGO at their Bengaluru office. The first incident happened during an official trip in October 2012. She decided to tell her story through a Facebook post. Immediately after her post, Greenpeace issued an apology on their website and promised it would re-investigate the case.

In November 2013, Tarun Tejpal, a senior journalist and editor-in-chief of Tehelka magazine was accused of molesting a young female employee in an elevator in a Goa hotel. The incident took place during the magazine's annual conclave, Thinkfest. The Goa police immediately charged Tejpal with rape, sexual harassment, taking advantage of his official position and committing rape on a woman in his custody. Tejpal spent six months in jail before the supreme court granted him bail. The incident led to another fallout, the exit of Managing Editor Shoma Chaudhary.

Ten years after being charged for sexual harassment at Infosys, Phaneesh Murthy made the same mistake once again. After losing his job at Infosys, Murthy started an IT company Quintant Systems, which was acquired by iGate. In 2013, Araceli Roiz, an employee at iGate claimed of sexual harassment. An investigation by outside legal counsel found him guilty and Murthy was subsequently sacked.

In 2012, an employee working at a restaurant at the Indira Gandhi International Airport, New Delhi, filed a case against a senior Air India official, accusing him of sexually harassing her. The employee worked with a firm to which Air India had outsourced work. The woman said the official had made physical advances. While the police launched a probe, the woman said her complaint to an assistant general manager at Air India was ignored earlier.

In 2002, Phaneesh Murthy, a director with Infosys and one of the software major's highest-paid employees then had to quit due to sexual harassment allegations made by his executive secretary. Murthy and Reka Maximovitch, the complainant, reached an out-of-court settlement, with the latter being paid $3 million.