The total income of the farm equipment and utility vehicles company rose 11 per cent to Rs 21,868 crore, led by 20 per cent growth in tractor volumes and 12 per cent revenue increase in auto business. 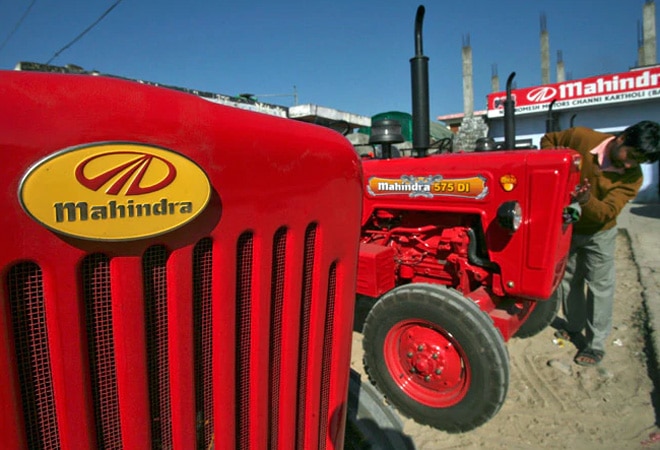 Mahindra & Mahindra (M&M) on Friday reported 252 per cent rise in consolidated net profit at Rs 704 crore for October-December quarter from Rs 200 crore in the year-ago quarter on capital allocation actions and increase in standalone operating margins.

The total income of the farm equipment and utility vehicles company rose 11 per cent to Rs 21,868 crore, led by 20 per cent growth in tractor volumes and 12 per cent revenue increase in auto business.

The company's bottomline would have been even higher if not for Rs 146 crore impairment provisions for non-current assets and goodwill in respect of certain subsidiaries.

The company also took a net loss of Rs 998 crore for Ssangyong Motor Company (SYMC), a material subsidiary.  Out of this net loss, Rs 564 crore is attributable to M&M. SYMC had filed a bankruptcy application in December 2020, and M&M will cease consolidating its results as a subsidiary, it said.

"Capital allocation actions were targeted at loss-making subsidiaries, these actions have made a significant contribution to the financial performance. They include turnaround of businesses, restructuring to achieve profitability and exit from multiple businesses," the company said in a release.

M&M sold 97,420 units of tractors during December quarter, its highest-ever quarterly volume. It said SUV Thar has recorded cumulative bookings of 38,500 units as of February 1, with over 6,000 new bookings in January. Despite supply issues, the margins for auto segment were resilient, the company said.

On Mahindra Finance, it said, the company has taken a conservative approach with very limited restructuring and a higher provisioning due to "earn and pay" borrowers. While the overall customer cashflows have shown improvement, it is yet to return to pre-COVID levels.

On a standalone basis, the company's net profit declined to Rs 31 crore from Rs 307 crore in October-December quarter a year ago.

M&M also announced appointment of Manoj Bhat as Group Chief Financial Officer with effect from April 2. Bhat is currently the CFO of Tech Mahindra. He will take over from Anish Shah, who will take charge as the Managing Director and Chief Executive Officer of M&M from April 2.