Bharti Airtel which is one of the main competitors of Mukesh Ambani owned Reliance Jio grabbed the eighth position in the Ipsos 2019 survey. 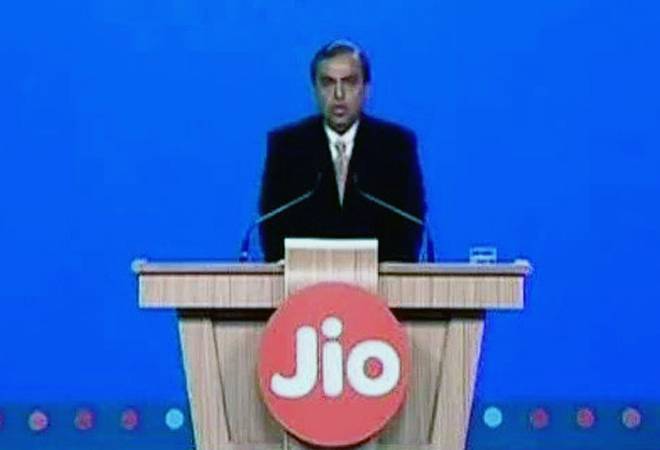 Mukesh Ambani owned Reliance Jio has bagged the second spot of the most popular brand in India. Search engine giant Google is ranked number one, 2019 survey by Ipsos said.

Mukesh Ambani owned Reliance Jio has bagged the second spot of the most popular brand in India. Search engine giant Google is ranked number one, 2019 survey by Ipsos said. Bharti Airtel which is one of the main competitors of the teleco grabbed the eighth position.

Reliance Jio was at 3rd position in last year's survey and was beaten by Larry Page and Sergey Brin founded Google and Jeff Bezos' Amazon.

Meanwhile, all top ten companies in the survey are in the technology space, namely, Paytm, Samsung and Amazon included.

Talking about the indigenous companies, Vivek Gupta, Managing Director (Business Head, Mumbai), Ipsos India, said that it is tough for local brands to bag and maintain a top 10 ranking. "Jio, a homegrown brand has shown resilience and has moved up a notch in the ranking. While brand relevance is important, it is difficult to hold on - influence is hard to get and easy to lose," Gupta told the Financial Express.

The others on the survey list are Vijay Shekhar Sharma founded Paytm on third spot, Mark Zuckerberg's Facebook on fourth, Amazon on fifth, South Korean mobile and tech giant Samsung on sixth and Bill Gates' Microsoft on seventh, Airtel on eighth, Flipkart on ninth and Apple's iPhone stood at the tenth position.

Four out of ten popular brands are homegrown, as shown in the survey.

"The top 5 spots in the survey have been taken by a mix of global brands as well as local (native) brands - homegrown mobile service provider to handset marketer, Jio, and the digital wallet to e-commerce company Paytm," Ipsos survey said.