Jio now has a customer base of 306 million while Airtel is lagging behind with 284 million, nearly 8% lower than Jio. Meanwhile, market leader Vodafone-Idea's eroding mobile subscriber base came down to 409.3 million in end-February 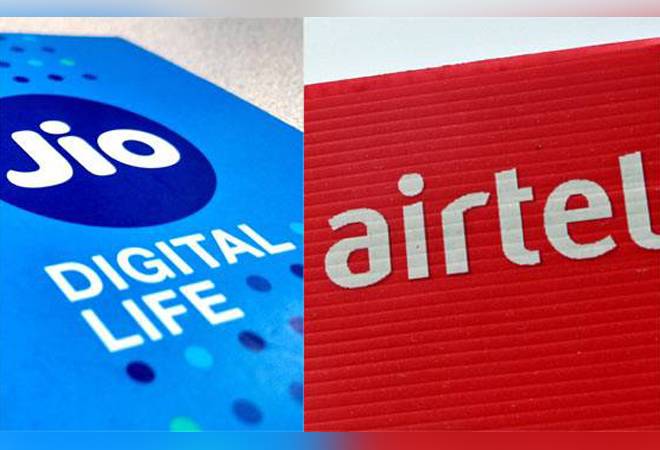 Reliance Jio now has a customer base of 306 million while Airtel is lagging behind with 284 million, nearly 8% lower than Jio.

If you have been following the ongoing IPL cricket season, you would not have missed the commercials where Reliance Jio claims to be 'Celebrating 300 million users'. The telco had reached this milestone in early March, in just two-and-a-half years of operations, sources told PTI. But with this feat, Jio has also emerged as India's second largest telecom company, sending former top cat Bharti Airtel to the third rank.

Jio now has a customer base of 306 million while Airtel is lagging behind with 284 million, nearly 8% lower than Jio, The Times of India reported. Here's another interesting comparison: Airtel crossed the 300 million customers mark only in its 19th year of operations.

According to the latest Telecom Monthly Subscriber Report released by the Telecom Regulatory Authority of India (TRAI), the market leader Vodafone-Idea lost 5.78 million mobile subscribers in the beginning of the year, reducing its total customer base to 409.3 million in end-February.

Jio, which debuted in September 2016, had unleased a price war that left the entire sector bleeding and forced into consolidation mode. While smaller operators such as Aircel and Reliance Communications Ltd shut down, Tata Teleservices and Telenor were acquired by Bharti Airtel Ltd, and the merger between Vodafone India and Idea Cellular gave the sector a new market leader after around 15 years.

According to insight provider New Street Research that publishes on Smartkarma, the third quarter (FY19) numbers were the first quarter where the market as a whole grew sequentially since Jio launched. While it expects profits to follow eventually, Chris Hoare, Partner (GEM Telcos) at the firm does not expect a "real turnaround" in 2019.

Jio has been aggressively adding subscribers while its rivals have been weeding out low-paying users. According to a report by JP Morgan, Jio added 27 million new customers between January and March 2019, after logging in 120 million new members through 2018. Furthermore, the company continues to lead the data space through its 4G-only business, and is actively scouting for more customers with cut-throat tariffs.

As per TRAI data, Jio also had the highest adjusted gross revenue (AGR) in access services among all the telecom companies in the December quarter. While Jio's AGR reportedly stood Rs 9,482 crore, Vodafone-Idea was at Rs 7,224 crore and Airtel at Rs 6,440 crore.

"Jio, in fact, does need to gain outsized market share and be the dominant leader to realise its ambition around its digital portfolio," investment bank Jefferies said in a recent note.

"It has made significant investments in digital properties and ambitions around retail and value generation in these imply a focus on market share in the near to medium term," read the note, adding that this focus on subscriber addition signals that the telecom market repair is still 12 months away.

The US-based firm believes that Jio will become "the dominant player with 40% market share" in FY21.