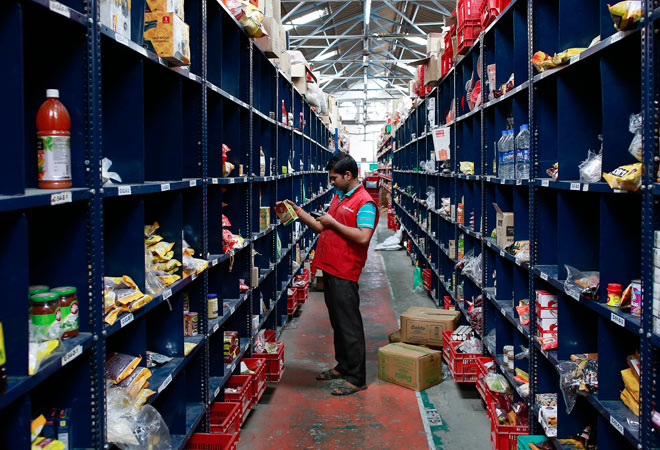 On-demand hyper local grocery delivery start-upPepperTap raised $36 million from venture firms Sequoia Capital, SAIF Partners and Snapdeal on Tuesday. This round also saw participation from new investors Ru-net, JAFCO and BeeNext. As per the press release shared by the company, PepperTap is also in advanced talks to expand this round by another $20 million from other investors. The grocery-delivery company claims to have achieved the run rate of $250 million, which is disproportionately higher than the run rate of $1 million gross merchandise value at the start of 2015/16.

So what does the company plan to do with the huge amount of funds raised? PepperTap plans to expand presence to 75 cities across India by the end of the current financial year. Also, investments have been plan to bolster technology and supply chain capabilities and expand team size to more than 5,000.

This year, online grocery has seen huge influx of start-ups and there are scores of start-ups in this area now. PepperTap's closest competitor include Grofers which has raised two successive rounds of $10 million and $35 million this year taking its total tally to upwards of $45 million. Most new entrants in online-grocery are just delivery players specialising in grocery deliveries, as opposed to regular delivery and logistics companies which delivery a variety of products ordered online through ecommerce websites. Big Basket. which is the largest player, follows inventory-led model wherein it delivers its own stock from its centrally located warehouses. As opposed to this, Pepper Tap and Grofers tie-up with local grocery stores, accept orders and deliver stock from these stores.

The number of startups jumping in to take a bite of on demand grocery logistics is overwhelming. Besides Grofers and PepperTap those who have received funding or are in the fray include Jiffstore and Meragrocer and AaramShop, besides a dozen others. But is this a model that will be profitable anytime soon? The business model has not proven whether this can be profitable at least in the near term. Margins are in single digits in the grocery business and customers won't pay a dime extra for the convenience of having stuff delivered home instead of them having to run errands sacrificing precious personal time. The stores are the only promise of generating revenue, but that will come only in the longer term when companies like PepperTap and Grofers can prove that they have been able to increase sales significantly for them. Besides the bane of low-margins, this grocery-delivery is a technology-heavy business which requires heavy investment as much as having to continually expand feet on street to scale up.

Big Basket's model promises better returns since the e-tailor is able to own the entire supply chain and is even investing big towards private labels in staples, fresh meat and coffee for better margins. However what is luring investors as always is the humongous market grocery, which makes it hard to ignore. First, as per retail consultancy Technopak, it is a $ 370 billion or Rs 20 lakh crore market in India currently. Also since 70 per cent of all retail in India is food, it occupies the biggest share of an average consumer's wallet. Second, as opposed to the earlier breed of grocery, many of whom like MyGrahak which shut shop, the new breed is making heavy breed of technology for every process right from receiving orders, managing inventory and tracking deliveries. That has made their service more efficient and dependable, hence driving consumer demand. This will deficiently be an interesting segment to watch out for. This will also see many shut shops and consolidation is likely to happen soon with the overwhelming number of players in this space.