Paytm plans to remain private until it builds on its business and takes it to the next level, said Paytm founder and CEO Vijay Shekar Sharma. 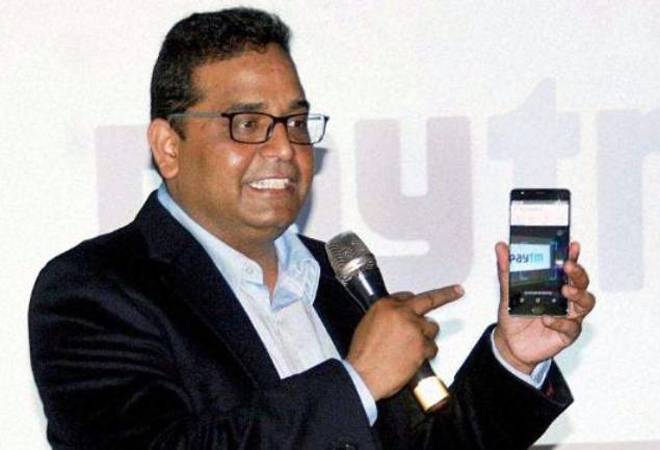 Digital payments firm Paytm is not likely to come up with its Initial Public Offering (IPO) for the next 2-3 years.

Digital payments firm Paytm is not likely to come up with its Initial Public Offering (IPO) for the next 2-3 years. The company plans to remain private until it builds on its business and takes it to the next level, said Paytm founder and CEO Vijay Shekhar Sharma.

"We will remain private for the next two or three years for sure. I look up to Warren Buffett, Masayoshi Son, and Jack Ma. Their ambition is to build a huge impact on their markets, cities, countries, business domains. They are all market share-centric," Sharma told Bloomberg in an interview.

"What I take from them is: First, learn to do one thing really well. Then build the next level of business on top of it. That's the common thread. We're not even on the preparation journey for the IPO, which itself takes a couple of years," he added.

Talking about the company's plans to raised funds, Sharma said that "there is a huge amount of incoming investor interest" in the company, however, the firm will assess its business requirement first followed by the board approval before going ahead.

Ruing the sad demise of the founder of India's largest cafe chain VG Siddhartha, Sharma stated, "Siddhartha's suicide is heartbreaking for entrepreneurs like me. You have to be far more Zen to survive in this country. As I said, if you build in India, you can go build anywhere in the world."

He further enunciated that entrepreneurship in India is tough as it is marred by myriad rules, behaviour and sentiments.

"In India, it is particularly tough. Entrepreneurship is looked down upon, unlike in the U.S. We are just above Africa markets in terms of per capita income. We have to build a business model for that. Then there are many rules and regulations, sentiments, behaviour." he articulated.

Paytm has seen its valuation more than double in the past two years from $7 billion in 2017 when Japan's Softbank Vision Fund came on board. In the latest investment round, nearly five months back, several employees liquidated their shares in the company through secondary sale, fanning Paytm's valuation higher.

"ESOPs (employee stock ownership plan) worth $150 million were sold by Paytm's employees to New York-based investors, valuing the company at $15 billion," founder Vijay Shekhar Sharma had told Mint, but he declined to disclose the names of the investors.

That's a 25 per cent jump in valuation from $12 billion last year when Warren Buffett's company Berkshire Hathaway invested $300 million in One97 Communications, Paytm's parent, for reportedly a 3 per cent stake.

Buffett's interest in Paytm raised eyebrows not only because it was one of his rare investments in the tech space but also because it was his first investment in a private tech firm, and an Indian one to boot.

Moreover, One97's rapid expansion and diversification drive is also grabbing eyeballs. Apart from its thrust on Paytm Payments Bank Ltd, which reported a Rs 19-crore profit for FY19, One97 is also hoping to make Paytm Money the third unicorn in its stable after Paytm Mall and its flagship brand.