Shadow on corporate governance at Paytm as firm rehires Sonia Dhawan, the employee accused of extortion

Paytm extortion case: The case is with the courts and yet to close - so how could Dhawan be reinstated in a related company? Has an internal investigation found her not guilty? 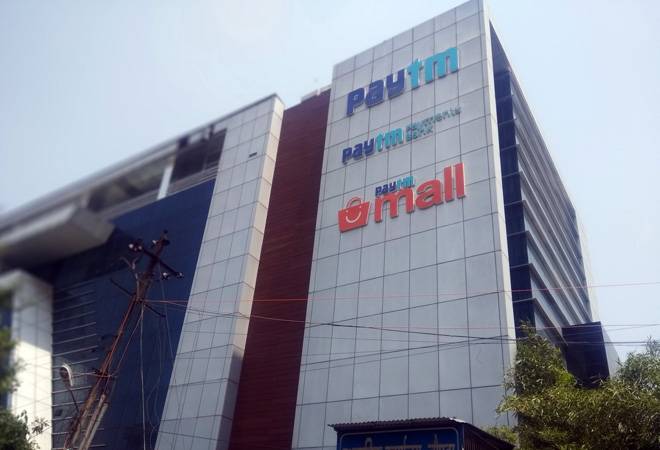 In the world of corporate governance, there is a letter and a spirit. A recent turn of events relating to One97 Communications, the holding company of India's largest payments firm Paytm, raises many questions. One of them is whether the company has circumvented corporate governance in spirit.

A related company of One 97 Communications has hired an executive who not long ago was accused of hurting Paytm - of data theft and being linked to extortion calls made to the company's flamboyant founder, Vijay Skekhar Sharma.

On September 6, Gamepind Entertainment Private Limited (One 97 Communications holds 55 per cent stake), which owns India's gaming platform Paytm First Games announced the expansion of its leadership team. Among other leaders hired was Sonia Dhawan who joined as Vice President of Corporate Communications. The same Dhawan who was charged under IPC 381 (theft by clerk or servant of property in possession of master), 384 (punishment for extortion), 386 (extortion by putting a person in fear of death or grievous hurt), 420 (cheating and dishonestly inducing delivery of property), 408 (criminal breach of trust by clerk or servant), 120B (punishment of criminal conspiracy), and Section 66 of IT Act (computer related offences). On October 22, 2018, Ajay Shekar Sharma, brother of Vijay Shekhar Sharma filed an FIR against Rupak Jain, his wife Sonia Dhawan, Devendra Kumar and Rohit Chomwal. They allegedly wanted to extort Rs 10 crore. Ajay alleged that both Vijay and he received threatening calls from Rohit. Sonia Dhawan had Vijay's sensitive private data, which she had accessed through his laptop and mobile. That was the basis on which the extortion calls were made. Under duress, Ajay stated that he had deposited Rs 67 and then Rs 2 lakh in a bank as directed by the accused.

Dhawan, in her defence, had maintained that she was falsely implicated in the case and there was no direct evidence against her.

The case is with the courts and yet to close - so how could Dhawan be reinstated in a related company? Has an internal investigation found her not guilty? Paytm, unfortunately, isn't offering any explanations. Leading corporate governance watchers called it a lack of transparency, quite unexpected from a large company. Even though it is not publicly listed, One97 Communications deals with billions of dollars of public money. Paytm is India's largest wallet company and Paytm Payments Bank is one of India's largest in its category.

The important thing to note here is that the initial FIR was filed by Ajay Shekar Sharma and not Vijay Shekhar Sharma.

According to the last annual returns filed by One97 Communications Ltd as of March 2018, the company had 23 subsidiaries of which 16 where 100 per cent owned by the company. Eleven of the 23 are registered in India and the rest in locations including Singapore, the US, and several African nations. Ajay Shekar Sharma is not a director in the One97 Communications companies based in India. Business Today hasn't been able to verify if he holds any directorship or interest in any of the overseas subsidiaries.

Deepak Basavaraj, Advocate with law firm DS Counsels says: "If the complaint has not been filed by the company and a third party, the company is at its liberty to engage the services of such an accused. However, when the question of extortion and data theft is pertaining to the company, even though the complainant is not related to the company, it is surprising how the compliance department could have cleared such a hiring."

He further adds that when the sections under which the accused has been charged includes 381 of the IPC (theft by clerk or servant of property in possession of master), "the magnitude of the charge itself raises the question of propriety when the company hires such an accused".

Preeti Malhotra, Partner and Executive Director at Smart Group and Past President of the Institute of Company Secretaries of India says that while there is nothing in Company Law that states you cannot reinstate an employee fired earlier, the spirit of governance does seem circumvented here.

"There is a difference between letter and spirit. The letter may not lay it down. But it has to do with transparency - not coming out clearly as to why they have reinstated her (Dhawan)," she says. "Paytm could be a private company but there are other stakeholders. It deals with the public. There are vendors, investors, banks and financial institutions even an unlisted company of Paytm's size deals with. Coming clean is important," she adds.

An executive who works on legal matters with Paytm, however, makes an interesting point. The first aspect of corporate governance, he says, is that you should do no injustice to anyone, including employees. "If the company has made a mistake, it is the responsibility of the company to also correct it. In Paytm's case, there may have been an internal inquiry and he or she might not have been found guilty. So they were reinstated. But the court process takes longer. The court can allow withdrawal of the case, or at times, the court can take a different view as well. One has to wait for the next hearing of the court," he says.

Business Today mailed a questionnaire to Vijay Shekhar Sharma on many of the questions raised above. He did not respond - neither did his corporate communications team or Sudhanshu Gupta, COO of Paytm First Games, who welcomed Sonia Dhawan to the company in a press release. Business Today called him on September 17. Dhawan did not take our calls and did not respond to a WhatsApp text left on her number.