RIL, for the first time, will let users enter the webinar through JioMeet video conferencing platform. Those interested can also get all the updates in real-time on the company's official Twitter handle (Flame of Truth), and its official Facebook channel 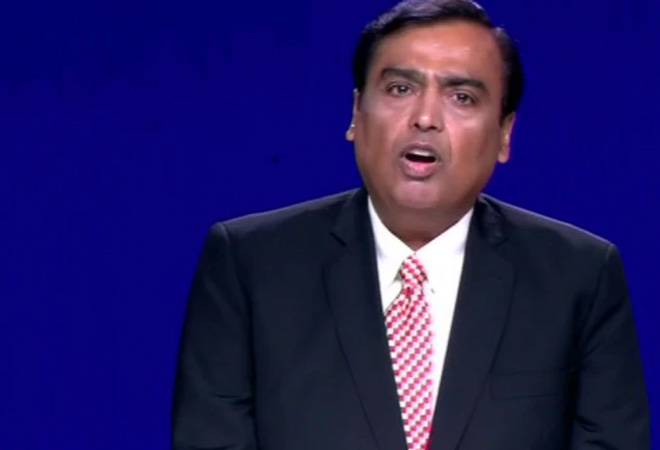 Mukesh Ambani-led Reliance Industries Ltd (RIL) will hold its annual general meeting (AGM) online on Wednesday. This would be the first time in the company's history that the shareholders' meet will be held virtually in the view of the COVID-19 pandemic. The event is scheduled to begin at 2 pm.

"The 43rd annual meet will be held on Wednesday, July 15, 2020, at 2 pm through video conferencing/other audio-visual means," RIL said in a regulatory filing.

Where to watch RIL's AGM live?

The oil-to-telecom major's 43rd AGM will be streamed live on its official website as well as YouTube.

RIL, for the first time, will let users enter the webinar through JioMeet video conferencing platform. Those interested can also get all the updates in real-time on the company's official Twitter handle (Flame of Truth), and its official Facebook channel.

RIL will follow the lead of Tata Consultancy Services (TCS), which held its AGM online on June 11.

To enable easy onboarding of its shareholders, RIL has also launched an educative Chatbot called Jio Haptik via Whatsapp number +91 79771 11111. The chatbot will help them as well as prospective investors, media and the general public get the latest updates of the meeting. It will act as a help desk to answer all queries regarding the RIL's AGM.

The company's virtual platform will enable its over one lakh shareholders to log in at the same time from 500 locations in India and overseas. According to PTI, the shareholders can log into the event live, listen to the company's initiatives and plans, and participate as well.

What to expect from the meet

According to news reports, the dividend, if declared at the AGM, will be released within a week from its conclusion. RIL's billionaire Chairman and Managing Director, Mukesh Ambani is also expected to talk about the company's future plans following its recent partnerships with Facebook at the meet.

The company had fixed July 8 as the "Cut-off Date" for determining the members eligible to vote on the resolutions set out in the notice of the AGM or to attend the AGM. It had also fixed July 3 as the "Record Date" for determining the members eligible to receive dividend for FY20. "The dividend, if declared at the AGM, will be paid within a week from the conclusion of the AGM," RIL had said in the filing.

Ahead of this year's AGM, the oil-to-telecom conglomerate has achieved net-debt free status on the back of stake sale in Jio Platforms, RIL's digital arm, and mega rights issue. RIL has become zero net-debt company eight months before the deadline (March 2021) set by Chairman Mukesh Ambani in the last AGM. At the 42nd AGM of the company, Ambani had announced plans to make RIL debt-free by March 31, 2021.

Due to the outbreak of the COVID-19 pandemic, the Ministry of Corporate Affairs (MCA) has permitted to hold AGM through video conference/other audio-visual means without the physical presence of members at a common venue. So far, all the post-IPO AGMs of Reliance have been physical meetings that have often been equated with big fat Indian weddings.

The company, which is widely credited with having launched an equity culture in India, held AGMs in stadiums during the times of its founder Dhirubhai Ambani.