L Catterton, KKR, Mubadala Investment, and Abu Dhabi Investment Authority (ADIA) are already in negotiations with Reliance Retail for a stake purchase; they have already invested in Jio Platforms 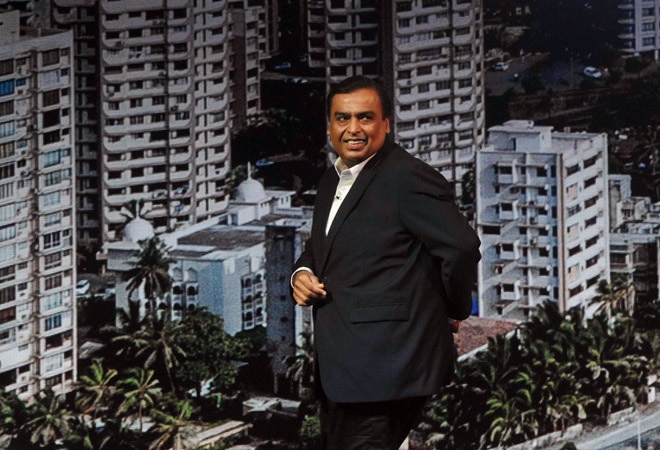 Reliance Retail Ventures Ltd (RRVL), the holding company of offline and online retail business of Reliance Industries (RIL), targets to offload 15-20 per cent stake to private equity players and strategic investors to raise up to Rs 80,000 crore, said two sources close to the development. They are in advanced stage of negotiations with at least ten foreign funds looking to complete the deal at Rs 4.2 lakh crore valuation appraised in the Silver Lake deal, they added.

"The quantum of fund raising may not be in the same volume as we saw in Jio Platforms. There we saw two giant strategic investors, Facebook and Google, pick up more than half of the shares that were offloaded. In the retail deal, we will see more investment partners of Jio participating," said a source in the know.

In Jio Platforms Ltd (JPL), Facebook and Google took 17.72 per cent of the 32.97 per cent offloaded shares. There are media speculations that e-commerce giant Amazon may pick up a sizeable stake in RRVL. But the sources say that such a deal doesn't make much sense as both retailers have created enough capacities in their domain areas and their business models are contrasting. "The only positive that supports such a deal is the lethal combination. It can take over India's retail segment," said a sector expert.

Another source said that the private equity funds that invested in Jio will get priority over new entrants in RRVL. However, a RIL spokesperson said the company will not comment on media speculations. He also confirmed that the company evaluates various opportunities on an ongoing basis.

The media reported recently that L Catterton, KKR and Co, Mubadala Investment Co, and Abu Dhabi Investment Authority (ADIA) are already in negotiations with RRVL. These funds have already invested in Jio Platforms. Carlyle Group Inc and SoftBank Group Corp are also among the interested parties, but have been put on a waiting list, according to reports.

"In light of a high incidence of speculative media queries and incorrect and ex parte media articles relating to purported capital transactions into Reliance Industries or our group companies, we would like to reiterate that as a policy, we do not comment on media speculation and rumours and we cannot confirm or deny any transaction which may or may not be in the works. Our company evaluates various opportunities on an ongoing basis," said the RIL spokesperson.

"We have made and will continue to make necessary disclosures in compliance with our obligations under Securities Exchange Board of India (Listing Obligations and Disclosure Requirements) Regulations 2015 and our agreements with the stock exchanges. Vide this communication, we appeal to the media to carefully examine any such speculative information and safeguard themselves and their readers, many of whom are individual retail investors, from publishing/recycling unfounded and/or incorrect news," he further added.

The private equity giant Silver Lake's acquisition of 1.75 per cent stake for Rs 7,500 crore in RRVL underlines the fact that billionaire Mukesh Ambani has been able to replicate the success of his digital business in retail as well. While Jio Platforms is valued at Rs 4.91 lakh crore, according to the recent private equity deals, RRVL is valued Rs 4.21 lakh crore. Thirteen investors altogether picked up 32.97 per cent stake in JPL at Rs 1.52 lakh crore.

RRVL, which has 12,000 stores across the country, has recently announced its acquisition of retail, logistics and warehousing business of Future Group for Rs 24,713 crore. Reliance will also pick up 13 per cent stake in Kishore Biyani's remaining business under Future Enterprises Ltd.