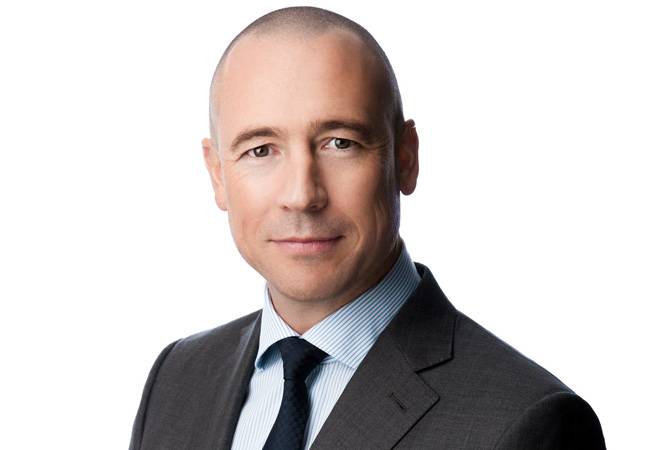 The engines at Cognizant haven't been chugging like it used to. Between 2013 and 2017, the company, India's second largest IT services firm after TCS and one of the largest private employers with 200,000 employees, grew its revenues 15 per cent (CAGR). While revenues grew 8.5 per cent to $16.13 billion in 2018, the company now expects the growth to nearly halve in 2019; Cognizant has guided for full-year 2019 revenue growth in the range of 3.9-4.9 per cent.

Brian Humphries, who replaced Francisco D'Souza (he is now Vice Chairman of Cognizant's Board of Directors) as the CEO earlier this year, is keen the company gets its growth mojo back. In an interaction with Business Today, he indicated that the firm would do what it is best known for - bag a deal even if it is a low-margin one and then mine the customer over time. For the same, the CEO has re-jigged the management, is investing in sales and is focussing a lot more on the "pivot to the digital".

"One could argue that things have slowed down a little bit in recent years. I am very focussed on reinvigorating growth and unlocking the true potential of Cognizant once again. This is a company that has growth at its core - it is the DNA of the company,"  Humphries said.

The new CEO's growth agenda has two distinct components. An employee agenda, or making sure that the manpower is skilled, motivated and engaged. Second, making sure that the company is in a position to invest. "We have approved the hiring of 500 revenue-generating sales support people to help accelerate growth. I also want to make sure that I surround myself with strong revenue and customer centric executives," he said.

To accelerate growth in the digital business, Malcolm Frank was appointed as the new President of Cognizant Digital Business in May 2019. Frank, was EVP, Strategy and Marketing earlier. DK Sinha, a 22-year Cognizant veteran, was appointed as head of North America. Pradeep Shilige, another Cognizant veteran, is the new chief of Global Delivery. Ramkumar Ramamoorthy, who also worked on different portfolios for two decades at the company, was appointed as Chairman and Managing Director, Cognizant India. Other new appointments include Ganesh Ayyar as EVP and President of Cognizant Digital Operations (he was the former CEO of Mphasis); Jeff Heenan-Jalil as EVP and Global Leader of Healthcare (he joined from IPSoft, where he was CEO of Europe) and Gaurav Chand as EVP and Chief Marketing Officer.

"We now have an extreme focus on automation and tooling. We have to move much more aggressively towards digital. Our mix of digital is smaller than many of our competitors. My interest is to scale that up. As digital becomes a bigger portion of our mix, the whole tide rises, and Cognizant's growth rate will accelerate," Brian Humphries said.

BFSI and Healthcare have traditionally been Cognizant's trump cards, generating over 60 per cent of the topline. These engines appear less oiled at the moment. The new CEO said that part of the growth in these verticals would be because of the refresh of talent who bring in newer ideas. "Strong partnerships is also something I have been trying to drive. Many of our partners such as Amazon and Microsoft have explicit interest in those verticals. So we can go to market with them," he said and added:  "I have also been looking at increased branding and make sure we pivot to the digital even in those verticals. We are also focussing on solutions that can be replicated across multiple customers. But Digital is going to be key to our future."

The company, Humphries said, is deploying new methodologies for "hunting and farming" customers.  One of them is the RAD model - Retention, Acquisition, Development model. "It segments customers into different tiers based on potential buying power. We also segment customers into wether they are acquisition customer versus a development customer, meaning where we have sold them something and we have an opportunity to expand. The retention customer is where we have a large share of wallet. I would like to recognise the economic value of the customer over the life cycle of the relationship," the CEO said. "One of our incredible strengths over the years has been our ability to please our customers. The customers usually give us more work."

This implies that even if the company bags a low-margin deal, it may be able to get more favourable business from the customer over time.

"My mantra, internally, is getting back to revenue acceleration. Getting back our mojo," Humphries repeats.