Bank of America analysts said that Aramco would offer more than the promised $75 billion as dividend in this year. Aramco is now gearing up for a second public offering of shares 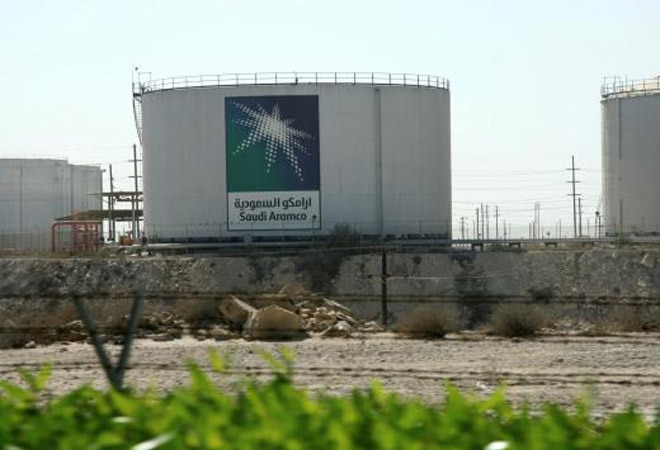 The skyrocketing crude prices and the resultant increase in cash flow of Saudi Aramco, the world's largest oil producing company, are expected to speed up its deal with Reliance O2C Ltd, say sources in the know. As the Brent crude price hovers near $70 a barrel -- it was at $38 in early November -- Bank of America (BoA) estimates that Aramco would generate close to $100 billion in cash flow in 2022.

Mukesh Ambani, Chairman and Managing Director, Reliance Industries, announced in 2019 that Aramco would pick up 20 per cent stake in the newly floated subsidiary Reliance O2C for $15 billion. But Aramco's subdued public issue of shares and oil price crash in April last year have forced the companies in delaying the deal.

"Aramco sees Reliance O2C as the dedicated buyer of its crude. When the uncertainties rule the oil world, building a relation in one of the largest oil consuming countries will solidify its position for future," said an executive.

BoA analysts said that Aramco would offer more than the promised $75 billion as dividend in this year. Aramco is now gearing up for a second public offering of shares.

However, in India, there is a discontent against the OPEC+ countries, who decided to continue the production cut to hold the oil prices at higher levels. Last week, the OPEC+ group surprised the market by deciding not to lift collective crude oil production from April.

The O2C business of RIL includes the twin refineries in Gujarat's Jamnagar and the adjacent petro chemicals complex, besides the petroleum retail joint venture of RIL-BP Plc.

The deal also ensures a dedicated market for Aramco's crude in India. As part of the deal, O2C will sign to buy 500,000 barrels of crude oil every day (28 per cent of the company's Jamnagar refinery requirement) on a long-term basis from Aramco. Besides, the O2C business will be a value-creating proposition for both the giants as it focuses to channel 70 per cent of the refined crude for manufacturing high value chemical products.