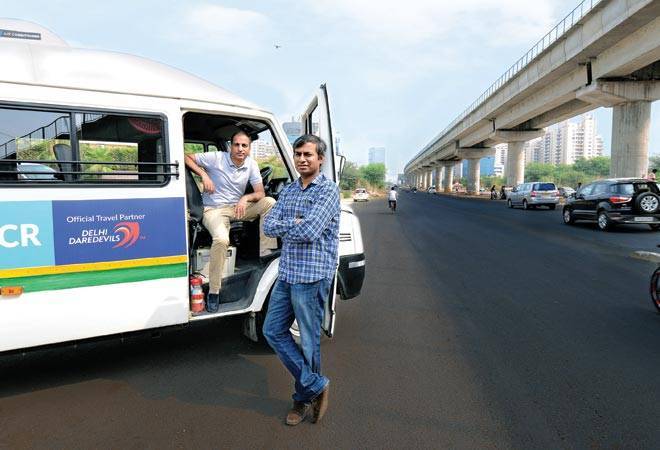 Amidst reports of cab drivers molesting riders making headlines, the app-based bus aggregator Shuttl has launched an array of security features for its passengers. The two-year old Gurgaon based startup has begun an initiative 'Shuttl S.A.F.E.' (Secure Anxiety Free Experience) that provides several safety checks to every commuter by leveraging embedded technology. One of them is face recognition technology for drivers and boarders to validate the authenticity of people who check-in to the bus. Commuters will have to upload their picture on the Shuttl app which will allow the app to verify the face of the passenger. That will also eliminate the need to show tickets as people check-in.

ALSO READ: Uber's rival in Southeast Asia Grab to raise $2.5 billion from Didi, SoftBank among others

There is a SOS and a Panic button on the Shuttl App as well as in the buses so that passengers can trigger an emergency response. Also, live CCTV recording of the commute will be available to all passengers from a URL link which will enable them to watch the footage and also share it with their family and friends.  The CCTV comes with an auto alert feature which sends the aggregator an alarm if anyone inside the bus is in danger.To ensure there is no case of drunk driving, the driver seat has an alcohol sensor. In case of alcohol detection, the sensor will automatically lock the ignition of the bus. "With Shuttl SAFE we are attempting to safeguard against each aspect of commute pertaining to safety and solve it by leveraging technology. SAFE is a project specifically created keeping in mind the safety of the urban working woman that empowers them to be fearless while travelling to work," said Amit Singh, co-founder of Shuttl at the launch.

The company also announced the in-bus entertainment feature Shuttl. All Shuttl buses will have a TV screen. The commuters will have to access the audio by using earphones on their own phones. This is to control the sound levels in the bus. In addition to this, free WiFi will be available that allows commuters to manage their personal tasks when travelling. To have control over users' commuting experience, Shuttl gets drivers who can read or write basic English or Hindi so that they follow directions on the app. Drivers are also put through third-party verification, route training, followed by behavioural training.

The prototype design of the safety features are built completely in-house and will be worked upon as we get more feedback from the passengers, says Singh. Shuttl SAFE will be rolled out in the buses in phases in the next one year, he added.

The Gurgaon-based company plies its buses in the Delhi-NCR region with around 20,000 rides per day.