"We might launch the refurbished program in a tie-up with a company. There is no specific timeline that I can share but we are definitely working on this," Snapdeal said. 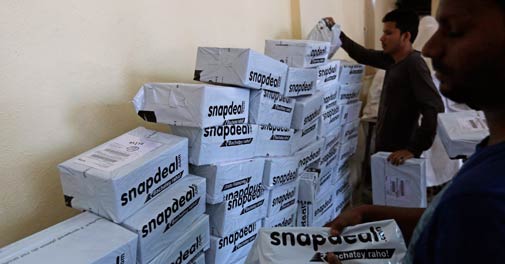 With the sudden boom in the refurbished goods in the organized space, large e-commerce players are also considering this business seriously.

In a conversation with Business Today, Anand Chandrasekaran, chief product officer, Snapdeal, revealed, "We are also considering refurbished goods segment and are exploring all aspects. We have not yet formalized anything but we might launch the refurbished program in a tie-up with a company."  When enquired about the timeline, Chandrasekaran stated, "There is no specific timeline that I can share but we are definitely working on this."

Until now, the second hand goods market was mostly unorganised. For mobile phones, people used to buy smatphones as good as new from the local shopkeepers. Olx.in and Quikr.com are also popular platforms for people to sell used goods including smartphones, home appliances and even cars. While these would fall under second-hand goods, refurbished products are basically the products that are repaired by the company or third party vendors (if need be) and go through proper quality check before being sold.

Refurbished goods also come with some sort of warranty (varying from six months to one year) either from the selling party or the company directly. Greendust, Gobol and Overcart are a few names who have been selling refurbished goods in India.