SpiceJet had cancelled 14 flights on Wednesday following the grounding of Boeing 737 MAX 8 aircraft by the Indian aviation watchdog DGCA. 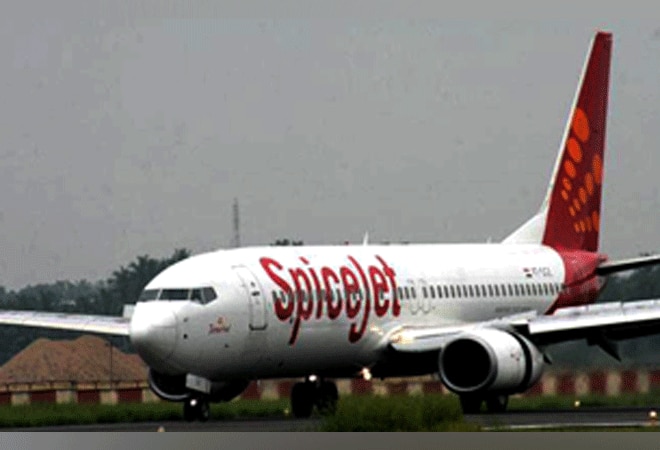 SpiceJet has also set up a special cell to monitor and address passenger grievances as well as inform passengers well before any flight cancellations or other adjustments.

The secretary said that Thursday will be a "challenging" day as SpiceJet that flies about 30-35 flights out of 520 odd flights everyday will have to cancel them owing to the ban on the 737 Max 8 aircraft.

Kharola highlighted that the airline has been told that the flights should be cancelled in sectors that have multiple flights. He further said that SpiceJet has given assurance that if the airport has only its flights, it will not go "unserviced" due to the aircraft ban. SpiceJet has also set up a special cell to monitor and address passenger grievances as well as inform passengers well before any flight cancellations or other adjustments, the secretary told PTI.

He said that the ministry requested the airline that in case it is not able to adjust or accommodate passengers, other airlines should come forward and help carry these passengers based on their existing agreements with SpiceJet. Operators have also agreed not to indulge in "predatory pricing", the secretary told the news agency.

As regards to lifting the ban on 737 MAX 8, DGCA chief BS Bhullar said that it will depend on inputs from various agencies but will not happen anytime soon. He stated that other airlines, apart from SpiceJet, have been requested to keep fares reasonable as the DGCA will track fare levels regularly. The budget carrier which operates around 500 flights daily is the only airline running Boeing 737 MAX 8 at present and is the most affected as it has 12 Boeings in its fleet.

The airline had cancelled 14 flights on Wednesday following the grounding of Boeing 737 MAX 8 aircraft by the Indian aviation watchdog DGCA. "Of the 76 planes in our fleet, 64 aircraft are in operations and we are confident of minimising the inconvenience to our passengers and attain normalcy in our operations," SpiceJet said in a statement Wednesday.

"We are evaluating options for augmenting capacity in the coming days through a mix of additional flights and aircraft inductions. We are sure that our operations will be normal very soon," it added.

The budget carrier also said that the affected passengers have either been accommodated on alternate flights or are being offered an option of a full refund, changing the flight/date of travel, or even change the destination (to nearest alternate airport), all this without any cancellation charges or an fare difference.

The DGCA on Tuesday had announced its decision to "immediately" ground the Boeing 737 MAX 8 aircraft by airlines operating in India. The order came following the Ethiopian airlines plane crash that claimed 157 lives including 4 Indians. The airline

The Boeing 737 Max plane crashed roughly six minutes after an early morning take-off around 8.44 am local time from Bole International Airport, Addis Ababa on its way to Kenya's capital Nairobi. According to air traffic monitor Flightradar24, the plane had manifested unstable vertical speed soon after taking-off and crashed near Tulu Fara village outside the town of Bishoftu, around 50 km south of Addis Ababa.