Sun Pharma Q2 results: The drugmaker, which earns 37 per cent of its business from the US market, earned Rs 2,389.77 crore from the sale of formulations in the US in Q2FY20 against Rs 2397 crore in the corresponding quarter of the previous year 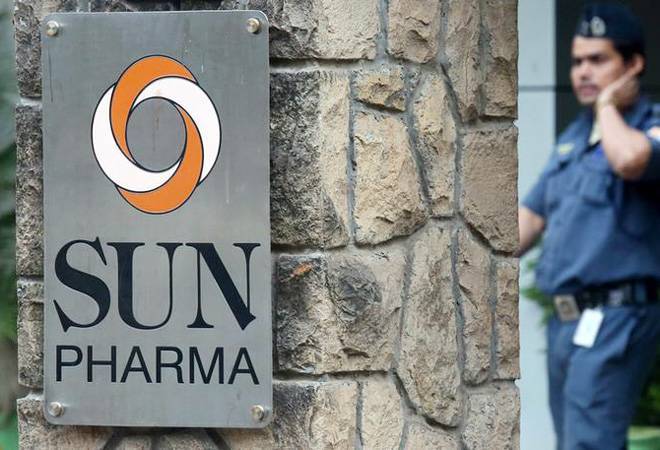 Sun Pharmaceitical Industries, India's leading drugmaker and the eighth largest pharma company in the US generics market, is yet to get back to its cruise mode. They company was growing at a strong pace until a few years ago in the world's largest generic market.

Sun Pharma, which earns 37 per cent of its business from the US market, had flat sales during the second quarter of the financial year 2019-20 (Q2FY20), while peers such as Lupin and Cipla fared better in that market during the same period. Wholesaler consolidation, increasing manufacturing quality benchmarks and intense competition have been troubling most of generic manufacturers supplying to the US market over the last two years.

"Sun Pharma headline numbers (for Q2FY20) were largely in line though internally US sales excluding Taro (subsidiary) were much weaker than anticipated. We continue with our negative stance on the stock," said Bhavesh Gandhi, Senior Analyst - Institutional Equities, YES Securities.

Sun's US and overall business over the past two years were mainly impacted by a settlement case. Many generic drugmakers including Ranbaxy, which Sun Pharma bought in 2014, were sued more than a decade ago for agreements with Cephalon to delay the release of generic-version drugs of narcolepsy drug Modafinil, a generic of Provigil. In this anti-trust litigation, the company had to pay Rs 950.50 crore and Rs 1,238.38 crore, respectively over the last two years. Sun Pharma had shown Rs 950.50 crore and Rs 1,214.38 crore as exceptional item in 2017-18 and 2018-19 respectively.

"Sun's US sales were flat during the quarter due to lack of one-time supply opportunity, flattish growth specialty segment, and weak performance in generic product portfolio. Its ex-Taro (adjusted to one off supply opportunity) US sales declined by 2 per cent to $189 million, while Taro remained flat at $150 million on QoQ basis," says Naveen Kulkarni, analyst with Reliance Securities.

If Sun had posted a net profit of Rs 1064 crore in the second quarter of this financial year beating marketing estimates, the Modafinil settlement had caused to post Rs 269.60 crore losses in the corresponding previous year quarter. Apart from manufacturing issues with acquired Ranbaxy's some plants exporting to the US, Sun Pharma had to spend millions of dollars over the last four to five years to rectify its Halol plant, which was one of its major manufacturing plants for the US market. The plant was issued a 'No Action Indicated' clerance by the US Food and Drug Adminitration (FDA) during the inspection in August.

Another major drag on Sun Pharma's US business is the lacklustre performance of its Israel-based subsidiary Taro, which it acquired in 2010 after a prolonged legal battle with its promoters. Taro's strength in dermatology space makes Sun Pharma the largest generic dermatology company and among top five branded dermatology companies in the US. For the six months ended September 30, Taro's net sales were $322.1 million, an increase of $8.6 million, principally the result of a single digit increase in overall volumes. Net income to Taro for the period stood at $122.4 million, compared to $129.8 million over the previous six corresponding six months, a $7.5 million decrease. According to Taro's CEO Uday Baldota the challenging generic landscape has continued, the impact of which is reflected in the financial performance.

Analysts say going forward, its specialty business will be key for getting the US business back on track. Sun Pharma expects traction in its recently launched auto-injector Illumya. The company continues to make investment for DTC (direct to customer campaign), going forward. Sun is also planning to launch life cycle extension products in Q4FY20 for acne pill Absorica,  which will have patent expiry by the second half of FY21.The company is also getting encouraging initial response from the doctors for ophthalmic solution Cequa, used for the treatment of dry eye disease, which was launched in October. Expecting improved traction in specialty segment going forward, the Management expects higher segmental R&D spend, say analysts. Now Sun has 575 approved Abbreviated New Drug Applications (ANDA) for the US market. During Q2FY20, Sun filed two ANDAs and received approval for seven ANDAs.