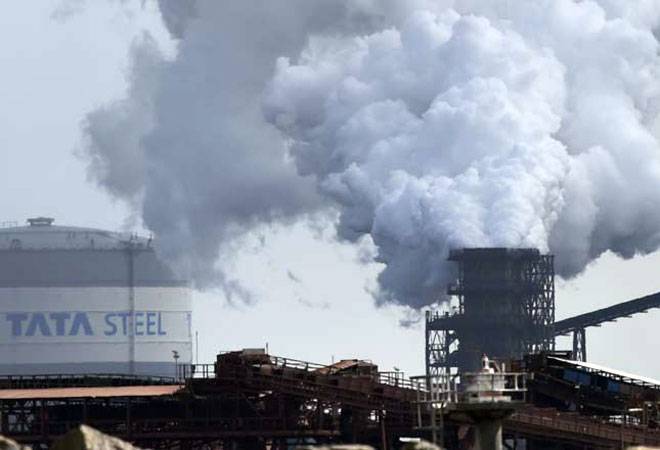 Tata Steel on Wednesday reported sharp 64.5 per cent year-on-year (YoY) decline in its consolidated net profit to Rs 683.13 crore for the first quarter ended June 30, 2019, dented by a decline in steel price and rise in expenses.

"The steel maker had posted a consolidated net profit of Rs 1,922.85 crore in the same quarter last fiscal," Tata Steel said in a filing to the Bombay Stock Exchange.

Consolidated revenue increased marginally by 1.27 per cent to Rs 35,947.11 crore in April-June quarter of the current fiscal as against Rs 35,846.92 crore in the year-ago period, the Tata group company said in a regulatory filing.

The steel maker's EBITDA (Earnings Before Interest, Tax, Depreciation and Amortization) fell 15.4 per cent YoY to Rs 5,376.9 crore, while operating margin contracted 294 basis points to 14.96 per cent in the quarter ended June 2019.

"During the quarter, steel prices across geographies declined with weakening economic activities and uncertainty around the ongoing US-China trade conflict. This coincided with a sharp rise in iron ore prices due to supply disruptions and elevated coking coal costs. As a result, steel spreads dropped by around USD 80-100/ton in key markets," the company said.

In the adverse business environment, the company delivered 11 per cent YoY volume growth for production and 5 per cent YoY for deliveries, it said.

Commenting on Q1 earnings, T V Narendran, CEO & Managing Director, Tata Steel said: "The steel sector is facing significant headwinds which have affected spreads and overall profitability. However, our strong business model in India has helped us counter the overall market weakness, including the slowdown in the automotive sector, by growing volumes in multiple customer segments.

"Increased government spending and efforts to address the liquidity crunch should help revive demand and steel prices in India in the second half of the year. While TSE performance has been affected by market and operational issues, we are implementing a transformation plan which aims to reduce operating costs, rationalize capex and working capital and improve overall cash flows," Narendran added.