Beijing has vowed to strengthen oversight of its big tech firms, which rank among the world's largest and most valuable, citing concerns that they have built market power that stifles competition, misused consumer data and violated consumer rights 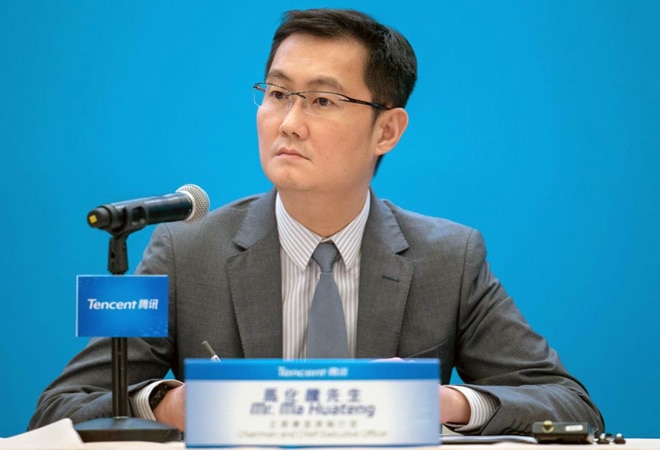 The meeting is the most concrete indication yet that China's unprecedented antitrust crackdown, which started late last year with billionaire Jack Ma's Alibaba business empire, could soon target other internet behemoths.

Beijing has vowed to strengthen oversight of its big tech firms, which rank among the world's largest and most valuable, citing concerns that they have built market power that stifles competition, misused consumer data and violated consumer rights.

Tencent, whose WeChat messaging and payment mobile app is ubiquitous in the world's second-largest economy, is expected to be the next in line for sharper antitrust regulatory inquiries, said the two people and a third person with direct knowledge of the matter.

News of the meeting, which has not been reported, comes ahead of Tencent's December quarter results on Wednesday. Analysts expect a 42% rise in its quarterly profit, according to Refinitiv data, although the investor focus will be on regulatory developments.

Pony Ma, who had been out of the public eye for more than a year, was in Beijing this month for China's annual parliamentary meeting and visited the State Administration of Market Regulation (SAMR) office the week before last, said the people.

The billionaire Tencent founder is a parliamentary delegate with Guangdong province, where the company is headquartered, and he requested the meeting with SAMR deputy head Gan Lin and other senior officials, said the two people who have direct knowledge.

Tencent and SAMR did not respond to Reuters requests for comment.

At the meeting, the two parties discussed how Tencent, Hong Kong's most valuable stock with a market capitalisation of $776 billion, could better comply with antitrust regulations, said one of the people.

Wu Zhenguo, the head of SAMR's anti-monopoly bureau, who was also at the meeting, expressed concern about some of Tencent's business practices, and asked the group to comply with antitrust rules, said the second person.

The two people said SAMR was gathering information and looking into monopolistic practices by WeChat, and how the super app had possibly squashed fair competition and squeezed smaller rivals.

It was not immediately known if the SAMR officials pointed out to Tencent executives specific cases of non-compliance of antitrust rules by the group, which is the world's largest video gaming firm by revenue. All the sources declined to be named due to sensitivity of the matter.

Also read: Microsoft in talks to buy Discord for over $10 billion