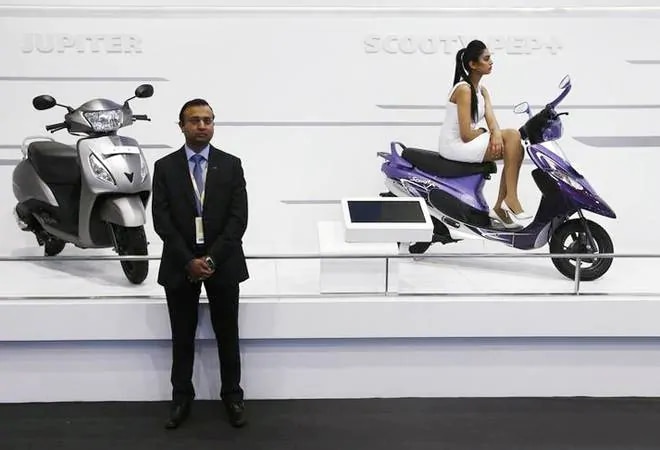 "The country's third largest two-wheeler manufacturer had posted standalone net profit of Rs 146.61 crore in the April-June quarter of the previous year," TVS Motor said in a filing to the Bombay Stock Exchange.

The operating profit or earnings before interest tax depreciation and amortisation (EBITDA) rose by 10.8 per cent to Rs 355.8 crore against Rs 321.2 crore in the year-ago period.

During the quarter under review, the company sold 8.84 lakh two-wheelers (including exports) as against 8.93 lakh units reported last year, which is better as compared to the industry decline of 9.7 per cent.

The three-wheeler sales grew by 11.1 per cent to 0.40 lakh units from 0.36 Lakh units in the same quarter last fiscal, TVS Motor said.

Ahead of Q1, shares of TVS Motor Company ended at Rs 379.65 apiece, down 4.12 per cent from the previous close on the BSE on Monday.