Ola hits out at Uber; says it's a shame that the morals of a woman were questioned

Cab aggregator Uber on Tuesday fired its Asia Pacific business head who had allegedly obtained medical records of a 26-year-old woman raped by an Uber driver in India in 2014. 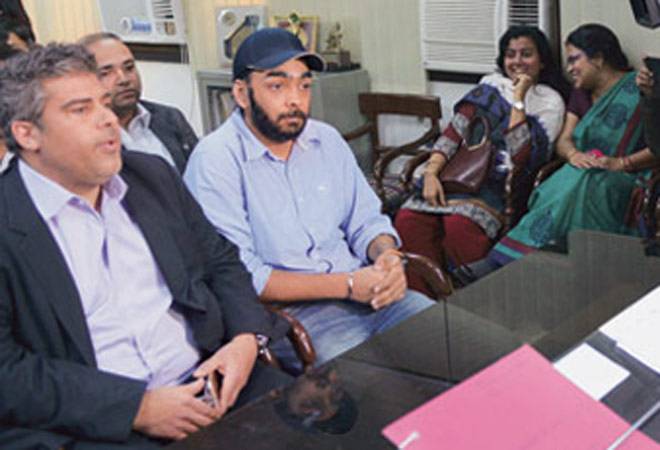 Soon after cab-aggregator Uber fired its Asia Pacific business head who had allegedly obtained medical records of a 26-year-old woman raped by an Uber driver in India in 2014, its local rival Ola hit out at the US-based ride-hailing company.

In a statement on Thursday Ola said, "It is a shame that the privacy and morals of a woman have to be questioned in an attempt to trivialise a horrific crime. It is despicable that anyone can even conceive an attempt to malign competition using this as an opportunity. If this report were to be even remotely true, this is an all-time low on morality and a reflection of the very character of an organisation."

Cab aggregator Uber on Tuesday fired its Asia Pacific business head who had allegedly obtained medical records of a 26-year-old woman raped by an Uber driver in India in 2014, according to a report in technology news website Recode.

Eric Alexander, who was serving as the President of Business for the Asia Pacific region, was sacked amid reports that the ride-hailing company had fired 20 employees over the last few months for harassment, discrimination and inappropriate behaviour.

"Alexander showed the medical records to Uber CEO Travis Kalanick and SVP Emil Michael. In addition, numerous executives at the car-hailing company were either told about the records or shown them by this group," the report said.

The report claimed that Alexander, along with Kalanick and Michael raised the prospect of its local rival Ola being behind the incident to sabotage Uber's India business.

Alexander's role in obtaining the medical records and conducting his own parallel investigation was among 215 claims reported to two law firms - Perkins Coie and Covington and Burling - doing investigations into widespread mismanagement issues at the company, including allegations of pervasive sexism and sexual harassment at Uber.

Alexander, who was in India during the incident, investigated the incident. However, it is unclear if he did this of his own or was asked to do so, the report claimed.

Uber's firing of employees comes after a series of events this year that have raised questions about Uber's business model and leadership.

In February, former Uber engineer Susan Fowler said in a widely read blog post that managers and human resources officers had not punished her manager after she reported his unwanted sexual advances.

In addition, Uber was caught using technology to avoid regulator crackdowns, a video surfaced showing Kalanick berating an Uber driver, and the company is caught up in legal battles around the world over the way its ride-services business operates.