India is not short on corporate frauds, industrial disputes and accidents but it is very rare when a CEO takes time out to say sorry Chairman's unconditional apology is an exception in a corporate world

On May 20, Wednesday, the chairman of LG Group, one of the chaebols of South Korea, Koo Gwang-mo apologised over two deadly accidents at LG Chem's factories this month. One of them, the bigger one, was in Vizag in India on May 7 when gas leaked from a tank leading to the death of 12 people and affecting at least a 1,000 others. The second one, was on May 20 itself when a fire broke out at LG Chem's factory in Seosan, 120 kilometers from the capital Seoul, killing a researcher and injuring two others.

That the chairman waited for almost two weeks after the incident happened in India and the apology came only after the accident in Korea, led many to believe he never intended to apologise for the mishap in India in the first place. We shall never know the truth in these conspiracy theories but the chairman's unconditional apology is an exception in a corporate world where the top bosses consider a public apology as a sign of weakness. India is not short on corporate frauds, industrial disputes and accidents but it is very rare when a CEO takes time out to say sorry.

Here are the prime examples when they should have but didn't. 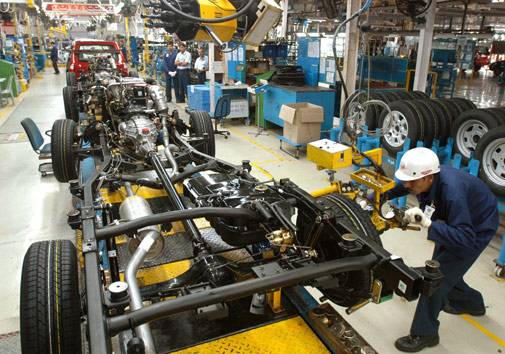 In July 2013, General Motors India sent everybody into a tizzy when it announced a recall of 114,000 units of its India made multi utility vehicle Tavera manufactured between 2005 and 2013. It was one of the largest vehicle recall exercises in India but even more intriguing was that it was being done to fix an emission related issue. The company had for years fudged emission tests to circumvent regulations in India and was undoing the damage only after a whistle-blower threatened to expose the company. It created a furore in the industry and after six months a government panel concluded GM had committed a corporate fraud. It also indicted the top management of the company including former CEOs. Beyond the recall, GM primarily reacted by firing a lot of people including heads of engineering, sales and marketing and CFO among others but none of the CEOs-serving and from the past, ever apologised. Two years later when GM's global CEO Mary Barra visited India, she was also offered an opportunity to come clean. She too, like the CEOs of the company's Indian subsidiary, shirked responsibility with a daft "past is past, lets look forward to the future" response. In 2017, GM would put everything behind and exit India completely. Industries across sectors always tend to project a holier than thou attitude about themselves but sometimes the mask slips to give us sneak peak of what lies underneath. In the case of Nissan Motor Corporation and its flamboyant CEO Carlos Ghosn it came in the form of a UK based not for profit safety advocacy NGO Global NCAP. This firm started conducting crash tests on cars that were being made in India in 2014 and while it embarrassed a lot of companies, the worst was in store for Nissan's newly relaunched entry level brand Datsun, which was also one of Ghosn's pet projects. The company's hatchback Go came without airbags or ABS and scored zero stars for safety in the crash tests. NCAP shot off a letter directly addressed to Ghosn demanding him to show leadership and either upgrade or immediately discontinue the brand. Like other firms whose cars had been found wanting, Nissan India took recourse of India's lax safety requirement at that time and Ghosn would never even acknowledge the issue. None in the top management of the company either in India or globally ever came close to apologising for making cars that were unsafe. India would upgrade its safety requirements only last year mandating all cars to at least come equipped with one airbag. But the controversy took a toll on the prospects of Nissan and Datsun in India. Both remain fringe brands in the country. As for Ghosn, an unfortunate turn of events in 2018 in Japan led to him getting fired at the firm. He is a fugitive in the eyes of Japan, now without a job and in Lebanon. The 1984 Bhopal gas tragedy figures among the biggest industrial accidents of not only India but across the world. It is similar to the LG Chem incident at Vizag but nowhere close to it in terms of scale and severity. In early December, water leak at the pesticide factory released methyl isocyanate into the atmosphere. Nearly 93,000 pounds of the gas was leaked that resulted in deaths of 3,787 people while more than half a million were injured. The chairman of the firm Warren Anderson accepted moral responsibility for the accident but never uttered the five letter word. The company subsequently changed owners, to Eveready Industries and then Dow Chemical but while compensation was offered, none of the CEOs ever gave an unconditional apology. 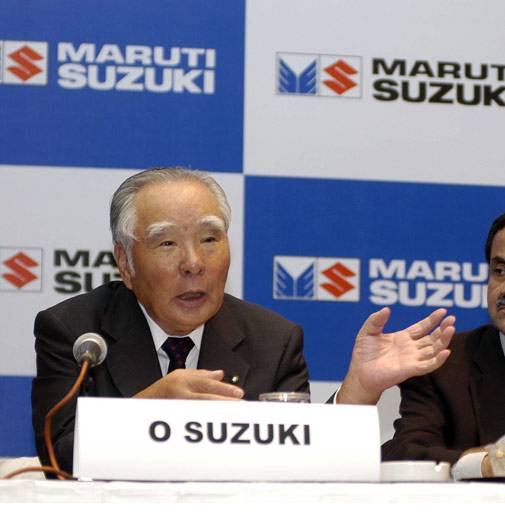 Maruti Suzuki, India's largest carmaker does not have a bad track record of industrial disputes but in 2012 its new factory at Manesar was subject to one of the most violent labour unrests in the history of the country. On July 18, workers at the factory set fire to the factory and attacked supervisors killing HR manager Awanish Kumar Dev while injuring 100 other including 2 Japanese expatriates. Relations between management and workers had deteriorated over salary structure and recognition of a new workers union. The factory had witnessed a prolonged strike in 2011 as well. Maruti CEO Shinjo Nakanishi was distraught and apologised profusely for not being able to manage the situation but Osamu Suzuki, the patriarch of Suzuki Motor Corporation, the majority shareholder of Maruti was less forthcoming. When he visited the factory the following month, he reportedly apologised to workers in private but would not do the same in public. Nor did he visit the bereaved family of Dev to offer condolences. Dev's family lives less than 10 kilometers from Maruti's corporate office in South Delhi.

Healthcare giant Johnson & Johnson found itself in the eye of a storm in 2010 when it had to issue a global recall of its hip implants after doctors in UK and Australia found very high failure rate for the implants. The recall covered 4700 patients in India as well who underwent surgery between 2004 and 2010 but initially J&J paid for revision surgeries of only 254 patients, keeping 774 under monitoring while the remaining 3,600 were not even contacted by the company. A legal battle has ensued that continues till this day and while the company has offered to pay a baseline compensation of Rs 25 lakh per patient, none of the CEOs have ever come on record to offer a formal apology.

Coronavirus impact: Time for employers to up skill employees