Officials said the agency has already begun the exercise of identifying and valuing the country-wide immovable assets of the beleaguered businessman in order to place them under attachment under the criminal provisions of the Prevention of Money Laundering Act (PMLA). 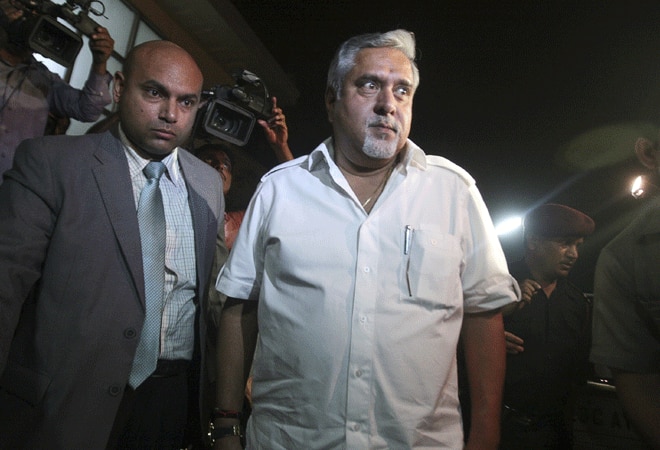 The ED is considering attaching domestic assets and shares worth about Rs 9,000 crore owned by liquor baron Vijay Mallya in connection with its money laundering probe against him and others in the IDBI bank loan fraud case.

Officials said the agency has already begun the exercise of identifying and valuing the country-wide immovable assets of the beleaguered businessman in order to place them under attachment under the criminal provisions of the Prevention of Money Laundering Act (PMLA).

They said the agency will also inform market regulator Securities and Exchange Board of India (Sebi) about its move to similarly attach his shares in various Indian companies so that no third party rights are created.

The officials from the Enforcement Directorate (ED) said as per preliminary assessment done the value of the assets that would be provisionally attached will be around Rs 9,000 crore which is equal to the total default of bank loans which he is accused of.

They said Mallya's assets in the form of bungalows, costly vehicles, bank balances and others have already been assessed by agency sleuths probing the case.

Banks will also be taken on-board before attaching these assets under PMLA laws, they said, adding the agency does not want to "jeopardise" their interests over these assets through which they are planning to get back their loans.

The Enforcement Directorate (ED) has been wanting to make Mallya join investigations "in person" in the over 900 crore IDBI loan fraud case in which it registered a PMLA case early this year.

It has virtually exhausted all legal options to make Mallya join the probe including issuance of a non-bailable warrant against him from a Mumbai court based on which it made the requests for the revocation of his passport and subsequent deportation bid to bring back the beleaguered businessman from the UK.

However, in a setback to India's efforts to expeditiously get back Mallya, UK has made it clear that the liquor baron cannot be deported and asked India to seek his extradition instead.

The British government has said it acknowledges "the seriousness of allegations" against Mallya and was "keen to assist" the Indian government in this case.

Passports, pension to be offered online under Digital India programme