Walmart rides on fashion in India, not grocery

While Flipkart and Myntra are already far ahead of the rest in e-commerce fashion, Walmart recently bought 7.8 per cent stake in Aditya Birla Fashion Retail and mkinority stake in Arvind Brands 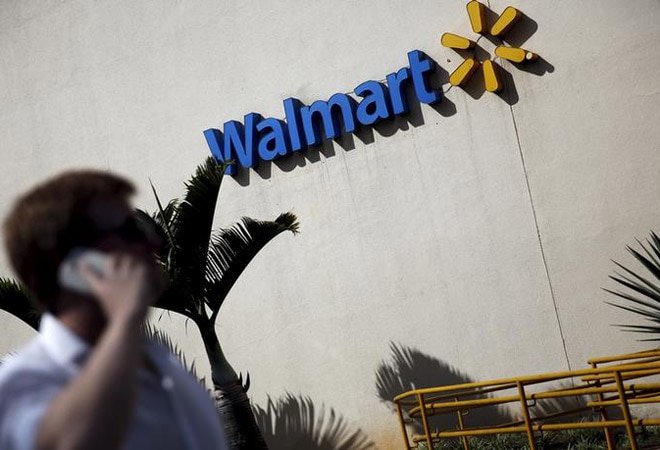 While grocery retail is the holy grail for most of the stakeholders of the Indian retail industry, Flipkart-Walmart is playing its cards differently - it is riding on the back of fashion to make it big in India. Flipkart-Walmart is already far ahead (Flipkart and Myntra) of the rest in e-commerce fashion and the idea clearly is to get bigger. Its latest move has been a 7.8 per cent stake in Aditya Birla Fashion Retail (ABFRL). Earlier this year, the e-commerce major also bought a minority stake in Arvind Brands.

"Flipkart-Walmart invested in ABRL and Arvind as they want to control brands. The proof of the pudding lies in capturing basic consumption and fashion is basic consumption with much higher margins," explains a former Flipkart senior executive. The biggest GMV driver for Flipkart has always been electronics, but the apparel business is volume-driven and also has higher margins, therefore, that's where the retailer wants to be. "Your investment in an electronic gadget is usually a planned one, apparel shopping is never planned deliberately, nor do you look at ROI. It also has much higher margins than electronic gadgets. That's how you control the consumer's wallet," he further explains.

ALSO READ: Walmart cranks up advertising drive, with or without TikTok

Also, over 20 per cent of Myntra's merchandise is its own brands, and private brands fetch higher margins than the established ones. "In electronics, you can't control brands. Nobody will buy a Flipkart TV or phone," says the former Flipkart executive. He says that the e-commerce major has also been consolidating its presence in the grocery segment by integrating Walmart's cash and carry business under Flipkart.

With omni-channel becoming the need of the hour, industry observers expect more brick-and-mortar fashion brands to align with marketplaces. Barring a few, most traditional retailers haven't been successful in e-commerce. In fact, for the likes of Raymond, it was not even a priority till the pandemic broke out and a substantial part of consumption moved to e-commerce. "ABRL's online strategy (Abof.com) didn't pay off, Myntra is way ahead. The association with Myntra will get the ABRL brands a better visibility. Similarly, Myntra can benefit from ABRL's strong physical presence," points out Arvind Singhal, Chairman, Technopak Advisors. "Indian brands have not been able to do well in online, and ABRL is not an exception. Instead of restarting, it made better sense to join an existing platform," agrees Retail Consultant and former Shoppers Stop MD, Govind Shrikhande.

Shrikhande says that these moves of fashion retailers aligning with marketplaces clearly demonstrate the trend of Indian retail becoming a battle between platforms. "There are big platforms such as Jio, Amazon and Flipkart and we are seeing the independent retail brands partnering with either of them." The other strong entrant into the platform play is most likely going to be the Tata Group, which is talking about creating a super app.