Uber CEO Travis Kalanick had to step down as chief executiv due to increasing pressure from investors. 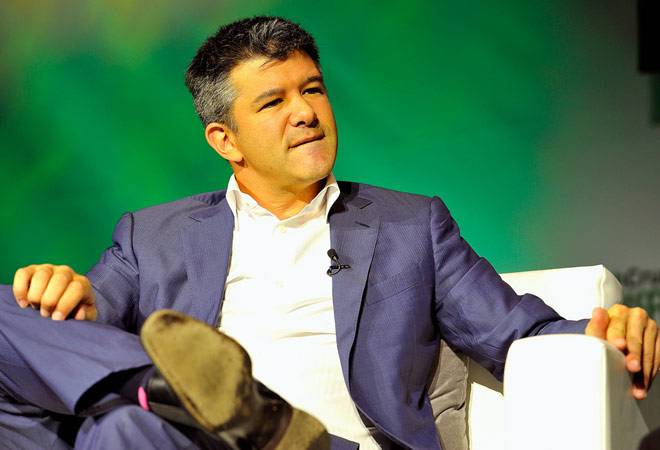 Being your own boss is a lucrative proposition, and that's where the start-up culture was born. On the other hand, keeping your head in the game in the long run is tough, and that's where start-ups make mistakes. Uber chief executive, now former, Travis Kalanick is something of an example to learn from in this regard.

Kalanick had to hand in his papers yesterday in face of mounting pressure from investors. He had to resign despite Bill Gurley of Benchmark - one of the biggest shareholders in Uber and party to Kalanick's resignation - naming the ex-Uber chief executive as someone legendary in one of his tweets. Gurley is on Uber's board and has backed Kalanick since nascent days of the company.

Uber has been growing unbelievably fast since Kalanick co-founded it in 2009. The cab-hailing service has been valued at $70 billion and has raised $14 billion from investors in less than a decade.

But reports suggest that the company has not been earning profits. Rising earnings were hounded by growing expenditures - driver incentives, marketing and what not. Adding insult to injury, the company had occupied the limelight for all the wrong reasons. Sexual harassment, rotten work culture, lawsuits and conflicts with law enforcement had investors worried. They were concerned that the fiascos would turn the consumer base against them.

There is a moral in this depressing fable, though: unless you are making some actual profits, flashy numbers promising growth will fall short of pleasing investors. If your work culture threatens profits, the results will be same. Start-ups can take some notes from the recent hullabaloo at Uber, learn from their mistakes, instead of making some of their own.

Kalanick was backed by the investors for his aggressive business acumen, as is the convention in the start-up economy. His attitude put Uber in the forefront of ride-sharing sector across the world. But the company was not making profits and this spelled trouble for investors.

Reports show that growth in gross bookings is not translating into net profit for Uber. The company posted global net losses to the tune of $1.2 billion despite selling their businesses in China. The last quarter of 2016 saw the company losing $991 million. The company barely kept afloat owing to investors' money. The business model could not sustain itself.

While Uber was going toe-to-toe against global and local aggregators in all markets, changing the taxi service paradigm, the investors were worried about their money. Trends in Silicon Valley suggest investors intervene only when their investment is threatened and this is what happened in the case of Uber.

ALSO READ: Ola hits out at Uber; says it's a shame that the morals of a woman were questioned

A former Uber engineer Susan Fowler made a blogpost about how she was sexually harassed during her stint at the company and how human resources had turned a blind eye towards her complaints. This was but the tip of the iceberg that was the unrestrained workplace culture prevalent at Uber.

A New York Times report earlier this year talked about how sexual harassment was rampant in the company and how high-performing wrongdoers were given free pass. Fowler's blogpost also talked about how unhealthy competition and unprofessional conduct among peers was common and how it was easily overlooked.

Once out in the open, these harm public image too. The trend '#deleteuber' led to substantial decline in the company's bookings, by displeasing the consumer base. Even though Kalanick was never named in one of these fiascos, his ineptitude in containing them and taking action against wrongdoers showed weak leadership, which was a matter of concern.

Learning from its mistakes, the company has decided to avoid hiring 'brilliant jerks', as how some employees remember Travis Kalanick - good at his profession but not entirely professional about it.

Avoid troubles with the law

Earlier this year, Uber faced conflict with law when Waymo, a firm dealing in driverless technology, blamed it of intellectual property theft. Uber had to sack its head of its self-driving car project to take off the heat. Moreover, Uber was accused of using software tools that helped it avoid law enforcement.

The bad leadership that led to these situations was also credited as a factor which led to Kalanick's resignation.