Future says it has received a communication dated April 13, 2021, that Amazon has filed a Special Leave Petition before the SC against the Delhi HC division bench 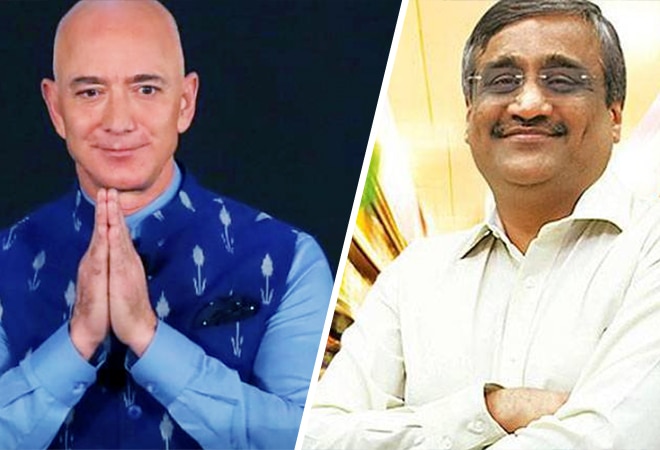 The fight between Amazon and Future Retail will now take place in India's Supreme Court. Future Retail has said it will "defend the matter/proceedings through legal counsels" after Amazon approached the Supreme Court against a Delhi High Court order that stayed a single judge's order restraining Kishore Biyani-led retail chain from going ahead with its Rs 24,713 crore deal with Mukesh Ambani-led Reliance Retail.

"The company's advocates are in receipt of communication dated April 13, 2021, from advocates of Amazon.com NV Investment Holdings LLC informing that Amazon has filed a Special Leave Petition before the Supreme Court of India against the captioned order dated March 22, 2021 passed by the Division Bench of the High Court of Delhi," Future Retail informed the stock exchanges.

The Delhi High Court bench on March 22 had removed the stay over Future proceeding with a Rs 24,713 crore deal with Mukesh Ambani's retail company. Amazon in its latest plea in the Supreme Court has stated that the HC order was "random", "illegal" and "inequitable and unfair", and that there should be a ban on the HC order till an outcome of its earlier plea related to the case.

In its High Court plea, US-based e-commerce giant Amazon said that the Kishore Biyani-helmed company violated terms of the contract it had with Amazon by signing the RIL deal. The matter has now been listed for further hearing on April 30.

Before that, Justice JR Midha on March 18 had given a verdict against Future, saying the group wilfully violated Singapore Arbitrator's order and directed it not to take further action on the deal. The court bench also asked them to show cause as to why they shouldn't be detained for three months in civil prison for violating the emergency arbitrator's order. It also imposed Rs 20 lakh fine on Future Group and its directors.

Future Group had announced the Rs 24,713 crore deal to sell its retail and wholesale assets to Reliance retail on August 29, 2020. However, Amazon, which had bought a 49 per cent stake in Future Coupons in 2019 for Rs 1,500 crore said its deal with Future prevents Biyani's company from selling shares of Future Retail to RIL as it indirectly owned about 3.5 per cent stake in Future Retail. On October 25, 2020, the Singapore arbitration court ruled in favour of Amazon and passed an interim order that put the Rs 24,713-crore Reliance Industries-Future deal on hold.