Government's labour department  has dispatched a team to look at non-payment of wages; Apple says it has launched  detailed investigation at Wistron's facility in India 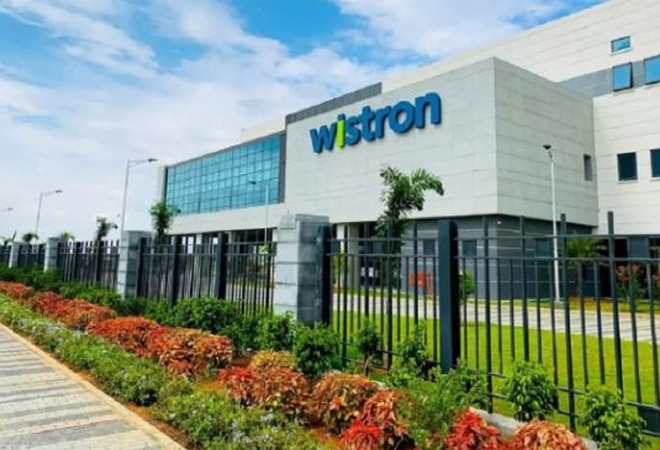 The company has nearly 1,200 permanent employees and over 7,000 temporary workers, and the police complaint filed following the vandalism estimates the losses to be around Rs 432 crore

Karnataka government has dispatched teams to Wistron's Narasapura facility to assess the situation and gather information on outstanding wages and  other allegations made by the workers.

Speaking exclusively to BusinessToday.In, Karnataka Labour Minister Shivaram Hebbar said that neither his ministry nor any official of the department till date had received any complaint for non- payment of wages for 3 months . According to him, the company has  nearly 1,200 permanent employees  and over 7,000 temporary workers, and the police complaint filed following the vandalism estimates the losses to be around Rs 432 crore.

He confirmed that 125 people have been arrested following the violence  and a few more arrests are expected soon. "We have  no problem with any of the workers asserting their rights to get paid and the government is committed to helping if their wages are not paid," the minister said while asserting that vandalism of any kind will not be tolerated.

While the labour department had dispatched a team of officials on Sunday to assess the situation, another team from factories and boilers department and other senior officials from labour department are inspecting the site on Monday.  The minister said that it will take 3-4 months for the factory to become fully operational. "I appeal to all the union leaders to approach appropriate forum for a solution," said Minister Hebbar.

Wistron in a filing to Taiwanese stock exchange said "We are deeply shocked by the events at our Narasapura facility. We follow the law and are supporting authorities with their investigation. The safety and wellbeing of our team members is always our top priority. We will collaborate with related parties to provide any help needed for the employees." However, Sudipto Gupta Managing Director Wistron India was not available for a comment.

Meanwhile global tech gaint Apple, for whom Wistron produces iPhones from the Narasapura unit, in a statement said that the company is dedicated to ensuring everyone in their supply chain is treated with dignity and respect. "We have teams on the ground and immediately launched a detailed investigation at Wistron's Narasapura facility in India. We are also dispatching additional Apple team members and auditors to the facility.  Our teams are in close touch with the local authorities and we're offering our full support to their investigation."

Also read: No major impact of Apple's iPhone production due to violence at Bengaluru plant