Assuming 300 working days in a year, the daily output comes to Rs 45-50,000 crore which can potentially be lost due to the shutdowns, says the report 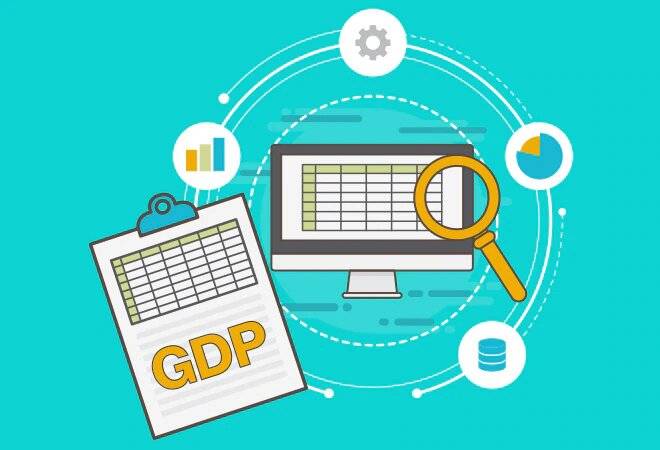 The assessment is based on the FY20 real GDP that is Rs 140-150 lakh crore. Assuming 300 working days in a year, the daily output comes to Rs 45-50,000 crore which can potentially be lost due to the shutdowns, says the report.

Based on this, Q4 growth may not be negative but can go down to 1.5-2.5 per cent. The economy was slated to grow by Rs 1.74 lakh crore in Q4 or by 4.7 per cent. "Assuming 80 per cent production is lost, and 20 per cent of the economy (that constitutes the essential services and farming) still functions, Rs 35-40000 crore of GDP will be lost every day. Of the 21 days lockout, 14 days spill over to FY21, therefore potential total loss will be in the region of Rs 6.3-7.2 lakh crore assuming 18 working days will be split across the two years," says the report.

With two-thirds of the impact being passed on to Q1, the GDP loss can be in the region of Rs 4.2- Rs 4.8 lakh crore in FY21. This can potentially lead to a de-growth in GDP in Q1 provided there is no or low growth in the subsequent quarters, it warns. But there is no guarantee that the lockdown will be over in 21 days or as planned, as what appeared to be 8 days has become 21 days now and there is no way to ascertain whether this will become 30 or 60 days.

Last year, GDP was Rs 35.5 lakh crore in Q1, which at a modest 6 per cent growth means an increase of Rs 2.13 lakh crore in the quarter. Now with a fall of Rs 4.2-4.8 lakh crore, there would have to be a lot of recouping to be done to escape the negative growth trap, which has to happen in the next 10 weeks after the shutdown.

While pharma and FMCG may show acceleration, entertainment may pick up due to pent-up demand, travel, tourism and hotels would come back on track with a hiatus.

More importantly, reverse migration of all those who left their jobs due to the shutdown would take time which could be at least a month, impeding a faster recovery. At the same time, a shutdown does not really mean that production comes to a complete standstill as all essential goods are to be produced which means the food segment should be up. The same holds for agriculture even though foodgrain may not be reaching the cities and towns, which means even though farmer income may not increase, production is recorded.

Also, there is a big possibility of deferred purchases which was seen post-shocks like the demo and GST. Hence output lost can be regained to an extent. But the catch is in case of the demo there was definitely a sharp reduction in economic activity as cash was not available which led to large scale layoffs especially among SMEs.

The same held true for GST albeit to a lesser extent as enterprises confronted the dual shocks. "But the biggest worry due to the Covid is the scale of unemployment which is far more serious this time as it is a result of a closure for what can be considered to be practically an undefined period as nobody knows, leading to a muted recovery," warns the report. "Further, unlike the disruption caused by GST and demo, the pandemic-led disruptions are not restricted to us alone and thus could the impact our trade for a longer period."

"An optimistic picture means recouping of losses and an increase of not more than 3 per cent growth that can hold only in case the lockdown ends on April 14, and normalcy returns," it warns and argues that only two sectors can drive this recovery--government frontloading its expenditure and the banking sector augmenting credit to all sectors. "If this does not happen, simultaneously, growth can be lower at 1.5-2 per cent," says the report.